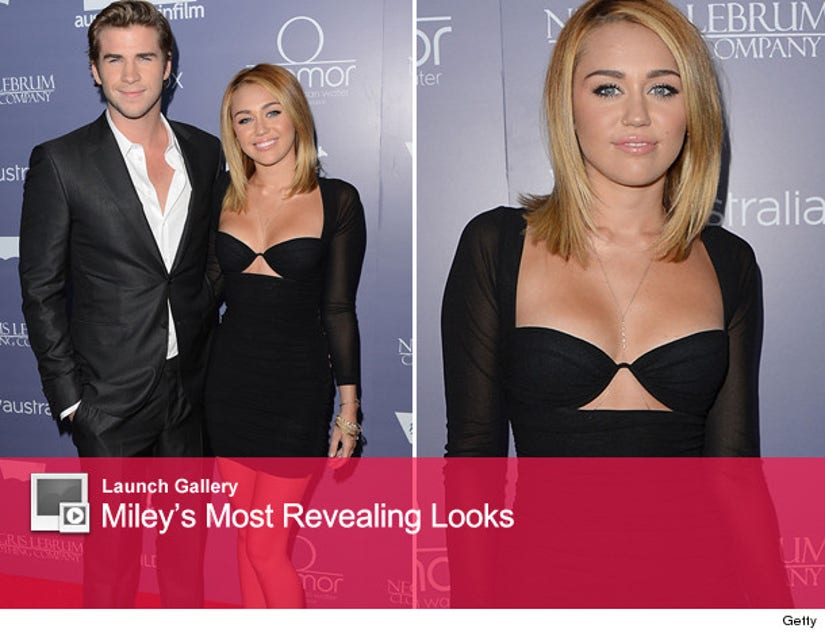 Liam Hemsworth was the one being honored at the Australians In Film Awards last night in L.A. -- but all eyes were on his fiancee Miley Cyrus, thanks to her revealing dress.

The 19-year-old stepped out in a slinky cocktail dress with a cutout that made it look like she was just wearing a bra on the red carpet. She paired the look with black platform heels.

Hemsworth was given the Breakout Award at the ceremony, which was also he and Miley's official debut as an engaged couple.

Cyrus has been making headlines thanks to her very risque outfits these days -- including a pair of super short shorts and a crazy revealing look at the Billboard Music Awards.

Check out her wildest outfits so far in the gallery above!