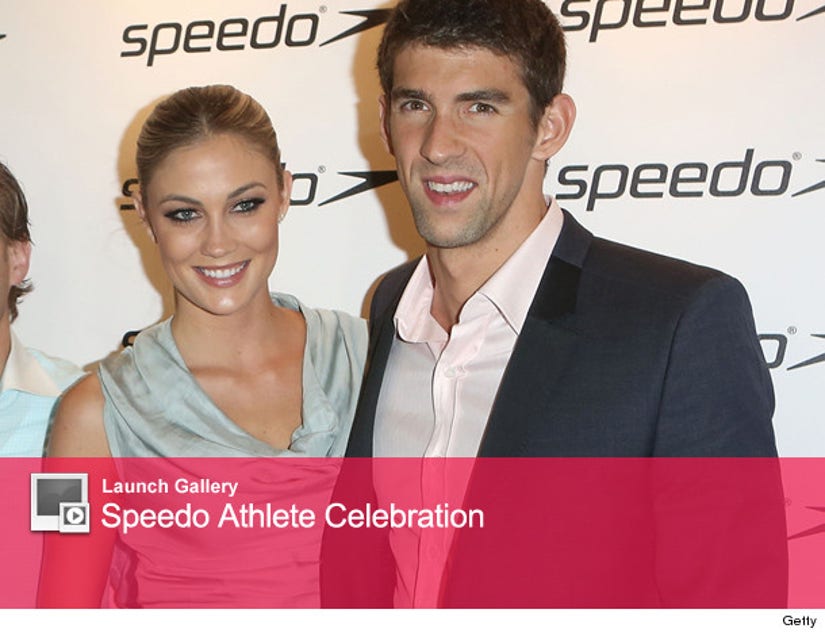 Looks like Michael Phelps has a golden girlfriend to go with all those gold medals.

The swimmer showed up to the Speedo Athlete Celebration last night in London with a gorgeous blonde on his arm -- making his red carpet debut with girlfriend Megan Rossee.

The 25-year-old stunner is a model/cocktail waitress. "I am super easy going and pretty much down for any type of project (that doesn't involve nudity),” she posted on her Model Mayhem profile. “I love what I do and hope to further my career as a model as well as a performer.”

While this is the first time we've seen them out together in public, the two have reportedly been dating since January ... according to Hollyscoop.

Check out more photos from the event above -- including shots of other Olympic swimmers like Ryan Lochte and Nathan Adrian!