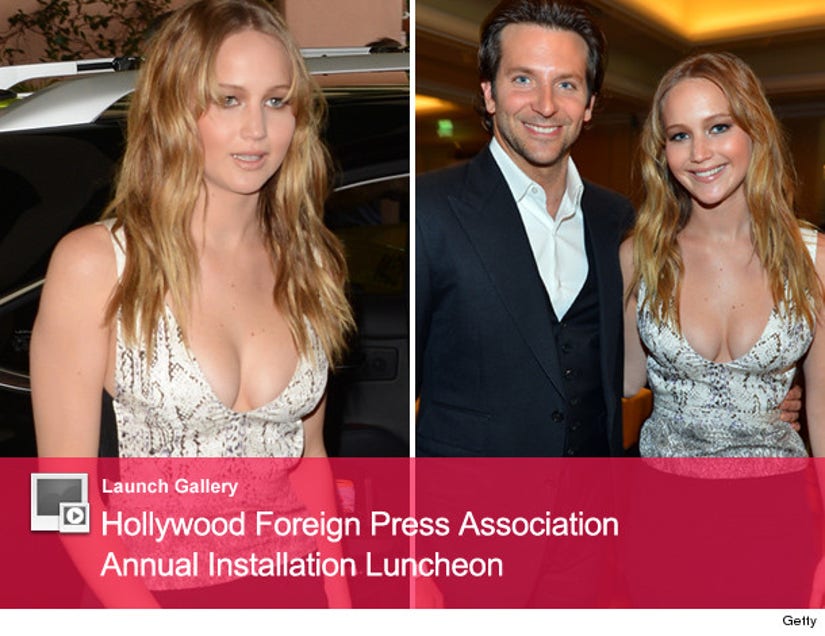 Christina Hendricks may have been at today's Hollywood Foreign Press Association 2012 Installation Luncheon -- but for once, it's not her cleavage making headlines.

Instead, it was "The Hunger Games" star Jennifer Lawrence who showed up wearing a very low-cut snake print dress, bringing attention downwards as she posed with stars like John Travolta, Bradley Cooper and Steven Spielberg.

Lawrence will next be seen in the movie "House at the End of the Street" -- check out the creepy trailer below: