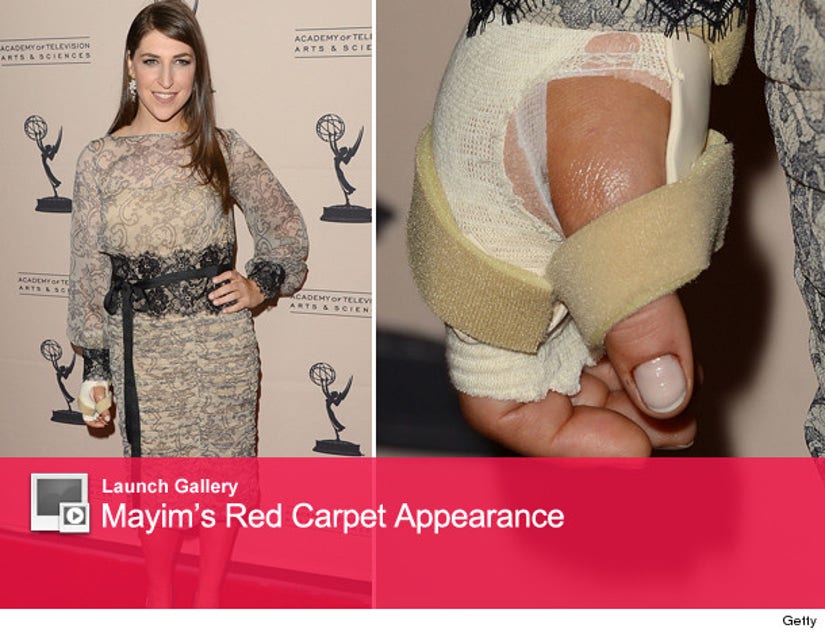 Mayim Bialik didn't let that nasty car accident get in the way of a red carpet appearance!

The "Big Bang Theory" star was injured last week after another car struck her vehicle at a busy Los Angeles intersection ... and last night, she showed off her battle wounds.

While she was seen sporting a gauze-wrapped left forearm the day after the accident, the gauze was gone when she showed up to the Academy of Television Arts & Sciences Performers Peer Group Reception in Universal City, CA yesterday.

The actress was still wearing a full hand cast on her right hand though.

Despite the injuries, Mayim looked great in a sheer gray dress with lace detailing -- and revealed she is already thinking about how to accessorize her cast for the Emmy Awards on September 23.

The "Blossom" star tells PEOPLE she is "trying to get this contraption in a sleek black."

Good luck with that! Check out more pics of Bialik and the other attendees -- including Sofia Vergara, Julie Bowen and Amy Poehler -- last night in the gallery above. Inside, guest celebrated with Grey Goose's new flavor: Cherry Noir.