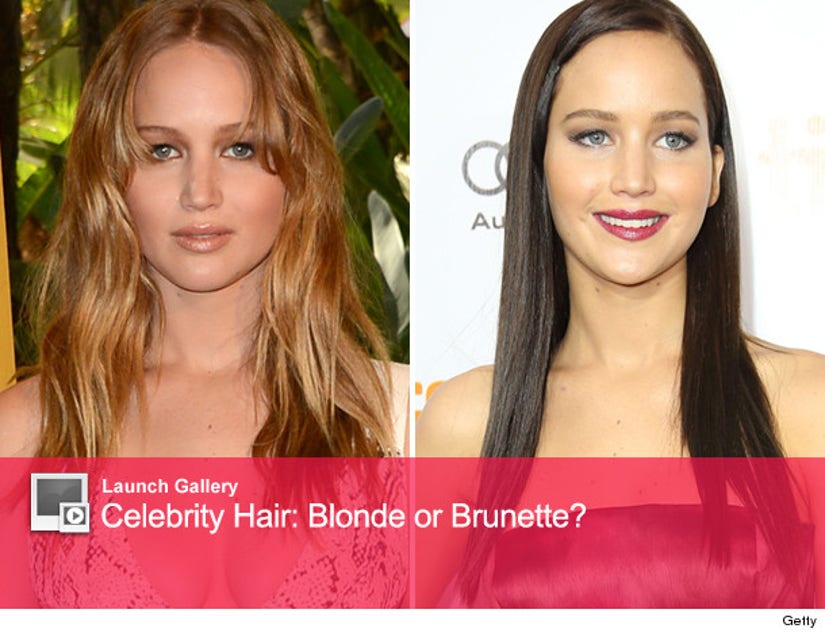 It's back to work -- and back to brunette -- for "Hunger Games" star Jennifer Lawrence!

The actress, who's is reprising her role as Katniss Everdeen for "The Hunger Games: Catching Fire," showed off her dark 'do at the Toronto Film Festival on Saturday.

Jennifer was in Canada promoting "Silver Linings Playbook," a dramedy costarring Bradley Cooper. Aside from her Christian Dior dress, Jen's sexy sleek locks did all the talking -- no accessories were needed.

She's not the only "Hunger Games" star who's changed her hair color. Josh Hutcherson, who plays Peeta, showed off his blond hair just over a week ago. Production on the sequel begins today, Lionsgate announced.

Do you like Jennifer's better as a blonde or brunette? Vote in our gallery above and see more celebrity color changes!

And be sure to check back at the end of the week for the very best fashions from the Toronto Film Festival!