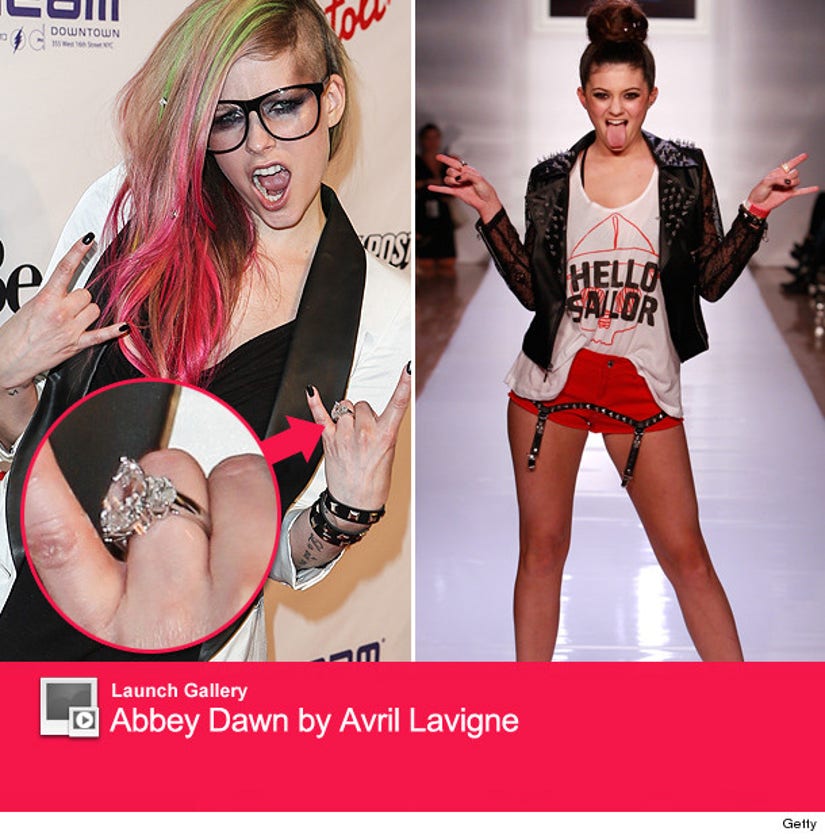 Avril Lavigne's Abbey Dawn runway show at New York Fashion Week last night was definitely a can't-miss event -- but not because of the clothes.

The show marked the first time the singer-turned-designer has been seen out in public since announcing her surprise engagement to Nickelback singer Chad Kroeger, meaning it's the first time we could really get a good look at that 14-carat ring!

Lavigne had no problem showing off the rock on the red carpet for the event, flaunting it as she did some of her signature poses ... while sporting a half-shaven head, green and pink hair and some big black frame glasses. So punk.

As for the show itself, the main draw was Kylie Jenner, who walked the runway in three of Avril's Abbey Dawn creations. Jenner brought a youthful touch to the runway -- but the studded garter belt may have been a little too risque for a 15-year-old, don't you think?

Check out all the photos of Avril, her ring, Kylie and some of the other runway models in the gallery above!