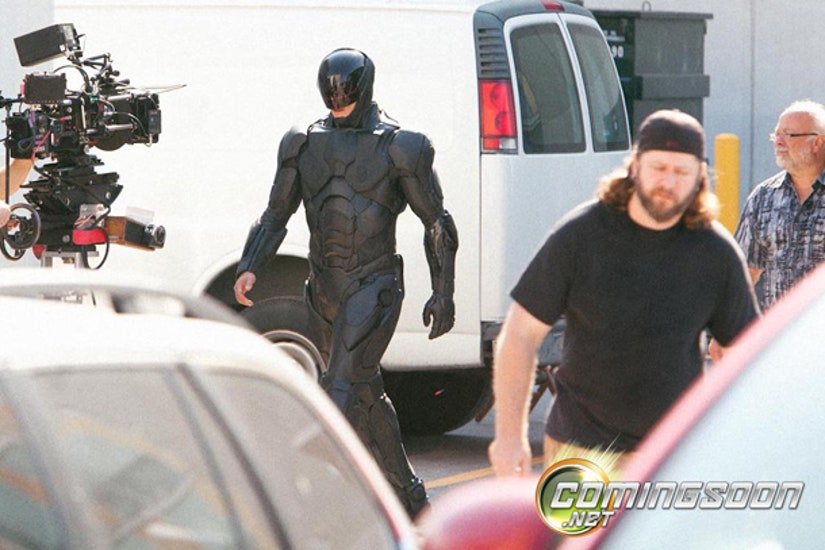 The first photos of the Joel Kinnaman-starring "RoboCop" remake are here -- but it doesn't look all that robotic to us!

ComingSoon.net scored the first shots of Kinnaman in costume as the slain cop who is brought back to life as a cyborg, but don't look for any similarities to the 1987 original.

Long gone is the robotic exoskeleton Peter Weller wore back in the day, instead replaced by black body armor that some are comparing to the Batsuit in Christopher Nolan's Batman movies. 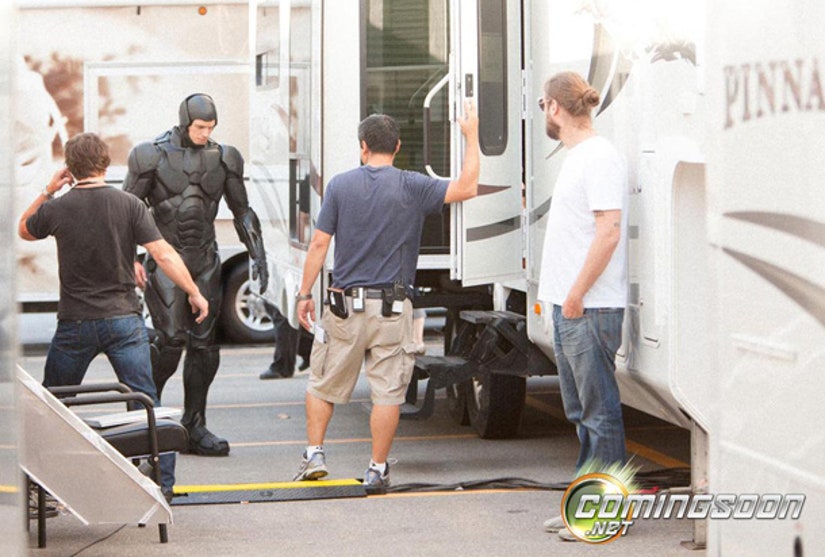 In a recent interview with Movieline, Kinnaman talked about why the suit in the new flick would be different this time around.

“It just comes from the realization that our vision of a robot 30 years from now is very different from the vision of what a robot was in the future in 1987," he said. "That is the main thing. Obviously there are some things in the script that lead into that, but that stuff I can't talk about.”

Check out the original below -- what do you think of the new look?