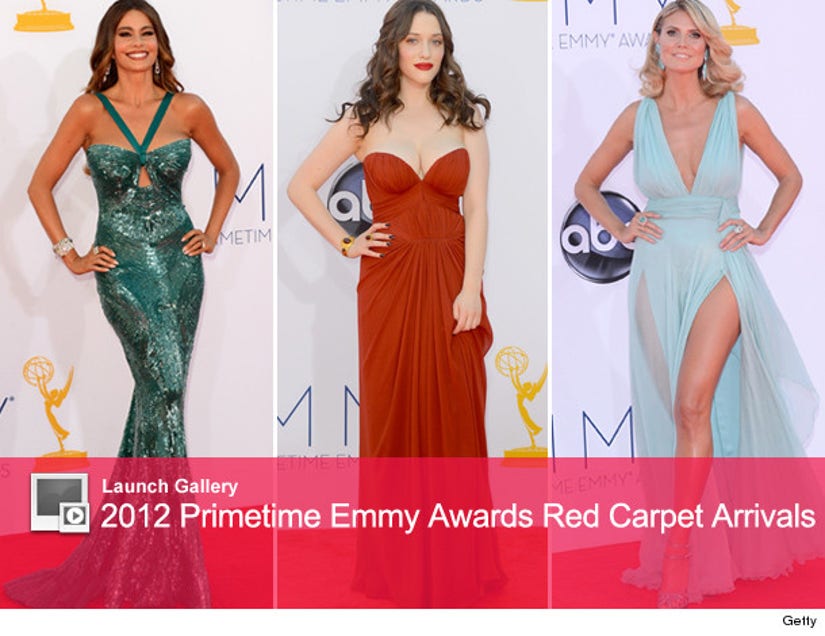 The 2012 Primetime Emmy Awards are underway and the biggest stars of the small screen are making their way down the red carpet at Nokia Live L.A.

We're out in L.A. too, and we can tell you it is very hot outside -- which means lots of skin!

Kat Dennings wore strapless red J. Mendel gown that E! host Giuliana Rancic couldn't help but ask about. The "2 Broke Girls" actress talked about the risk of a wardrobe malfunction in such a low-cut number:

Also flaunting their hot bods were Heidi Klum in a risque Alexandre Vauthier dress and Connie Britton in a silver gown.

Ariel Winter shimmered in a silver gown. The 14-year-old "Modern Family" looked just as glamorous as "Mad Men" star Jessica Pare. Check out all the red carpet arrivals above.

Who are some of your early favorites? Tell toofab in the comments below.