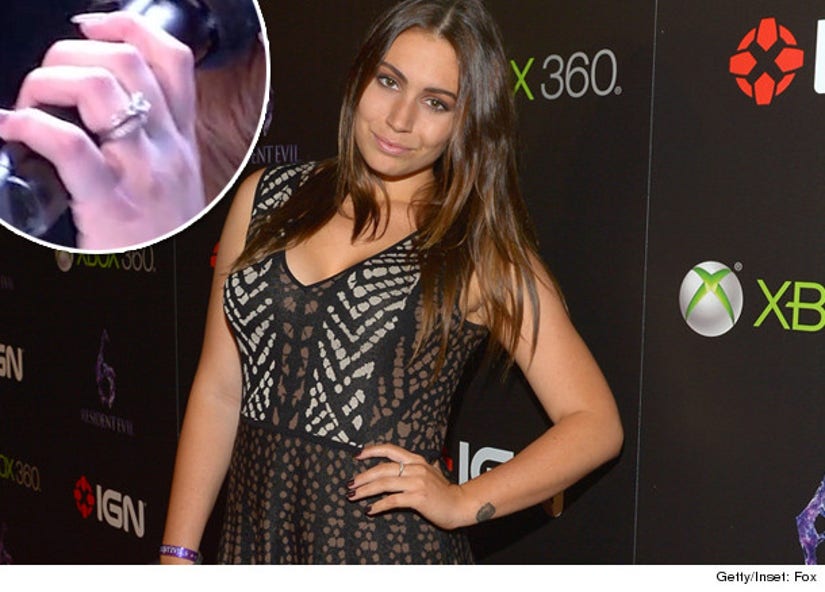 toofab caught up with Sophie -- who also starred on "Gene Simmons Family Jewels" -- this weekend at IGN's launch party for Capcom's Resident Evil 6, where she talked about the mysterious rock and her big audition.

"It's actually my mother's ring," Simmons tells toofab. "I wear it for good luck sometimes."

"I've been with the same guy for a year and some change and I really like him, but I don't think we're getting engaged anytime soon," she adds. "Not that I know of!"

As for her "X Factor" debut, Simmons says she "just went in there to finally to do something for myself that my parents couldn't help me with ... It just felt really good to finally do something on my own."

And viewers can expect to see more of her on this week's "Boot Camp" episodes of the FOX reality show.

"It was probably one of the hardest weeks of my life," Simmons tells us ... without revealing whether or not she makes it any further in the competition.

"It's exactly what it sounds like, it's boot camp for singers," she adds. "But they were working out our voices and we got to work with some amazing professionals."

Re-watch her audition video below: