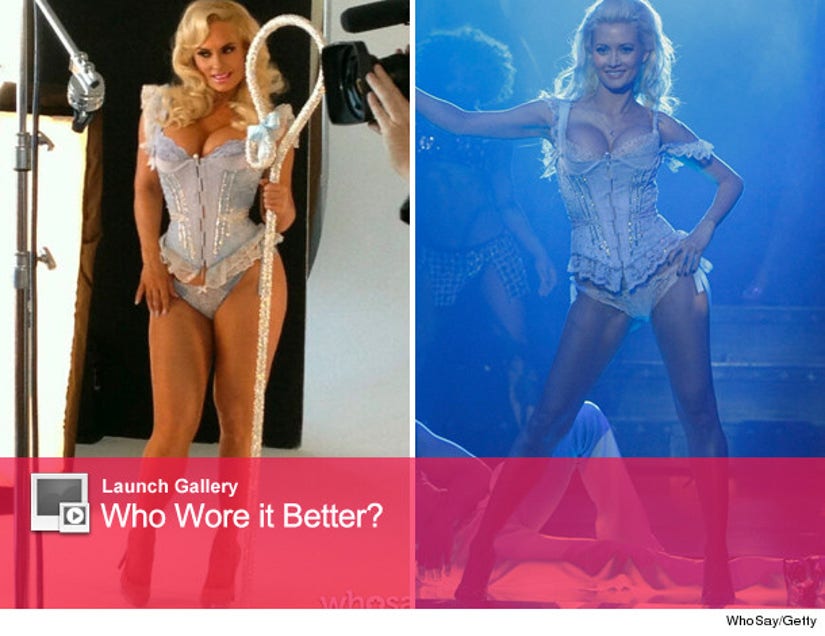 Little Bo Peep has lost her clothes and doesn't know where to find them.

Today's Dueling Dresses is a little different than most ... and a lot more revealing!

Ice-T's wife Coco Austin is taking over Holly Madison's role in "Peepshow" in Las Vegas once the former "Girls Next Door" star leaves the show due to her pregnancy.

And late last week, the curvy Coco was spotted in her costume for the first time!

"Lil BoPeep is being born!! I can't wait for my 1st performance with Peepshow at Planet Hollywood Vegas Dec 3th," Austin tweeted along the racy WhoSay shot.

But who's rocking the sexy number better? Vote in the gallery above!