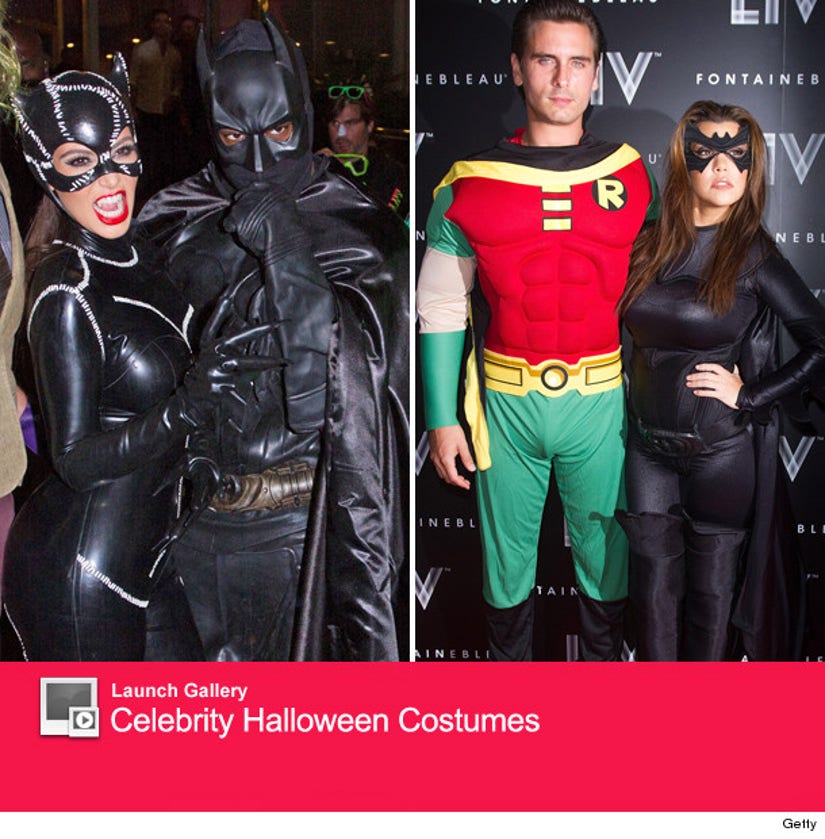 Kim Kardashian held another Halloween party last night at LIV nightclub in Miami, where she got her BF, sister and BFFs to dress in one pretty impressive Batman-themed group.

They also got Kim's bestie Jonathan Cheban to go as The Riddler and another friend to dress as The Joker.

Kim definitely gets bonus points for pulling off a group costume, right?

They were hardly the only stars out last night though. Check out the gallery above to see shots of Gwen Stefani, Jenny McCarthy, Dita Von Teese and many, many more!