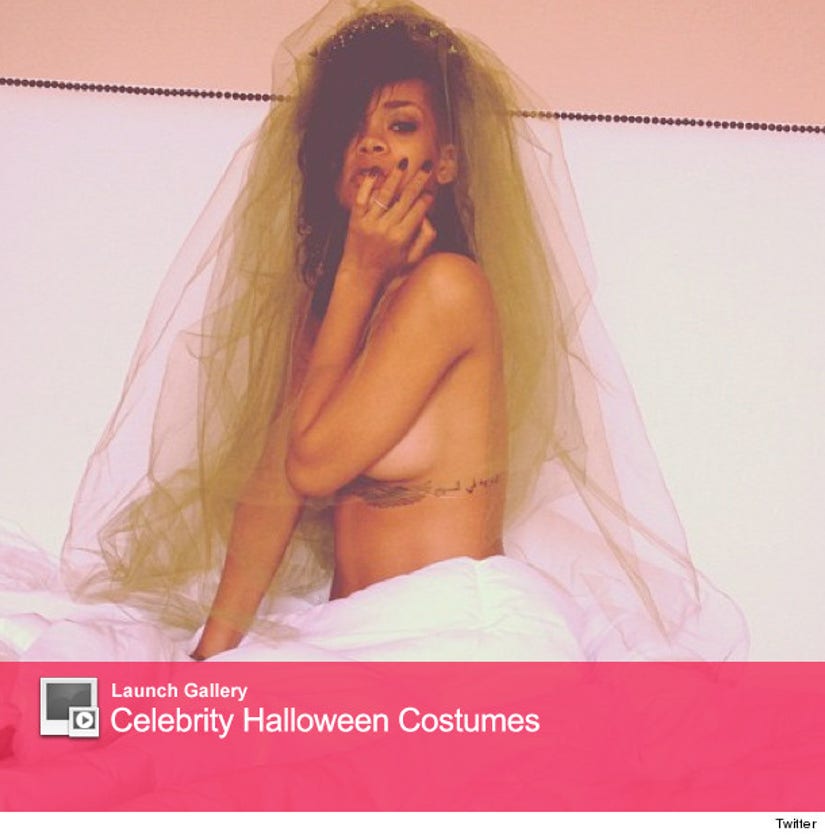 It's been a while, but Rihanna is back to doing what she does best. No, not music ... but posting risque photos of herself.

Last night the singer shared a topless shot of herself, where she's barely covering her breasts with her left arm as she sits up in what looks like a very comfy bed.

"The morning after! Hello November," she tweeted along with the pic, where she's also seen wearing only the veil from the marijuana Halloween costume she wore the night before.

Click the gallery above to see what her costume looked like before she stripped it all off.

Chris Brown was at her big Halloween bash (and caught major flack for his terrorist costume), but no word on if he snapped the revealing photo.