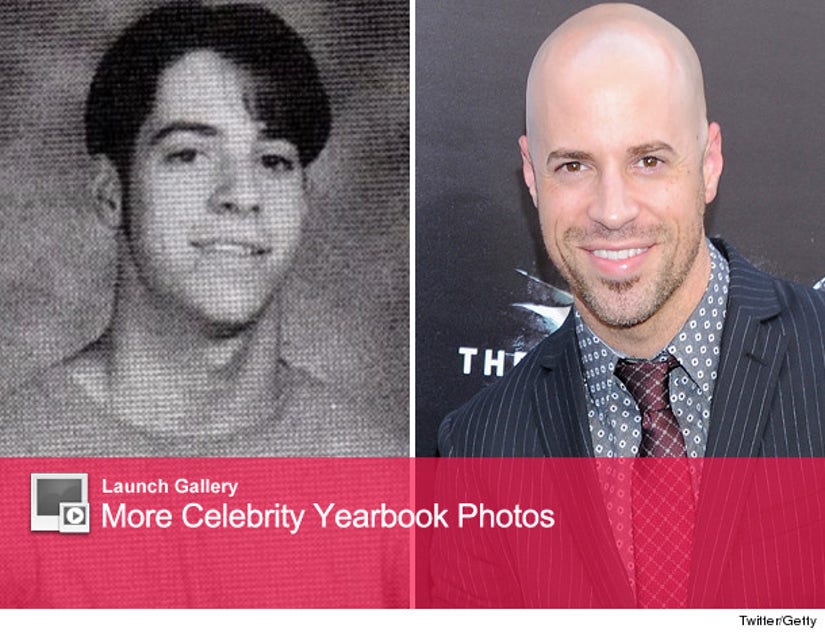 Chris Daughtry is known for his shaved head -- but what did he look like before going bald?

The "American Idol" singer shared an old-school yearbook photo on Twitter, from his junior year in high school.

"Wanna good laugh? '97. 11th grade yearbook photo. You're welcome," he posted along with the pic ... which shows him sporting a very '90s, parted-down-the-middle 'do.

Chris has sported a buzzed head ever since he appeared on "Idol," briefly growing it out for a couple months in 2010 before shaving it all off again.

We think the bald look suits him better, don't you?

Daughtry made headlines earlier this year with another TwitPic of his -- one that showed off his surprisingly buff body. Check that one out here.

Check out more celebrity yearbook photos in the gallery above.