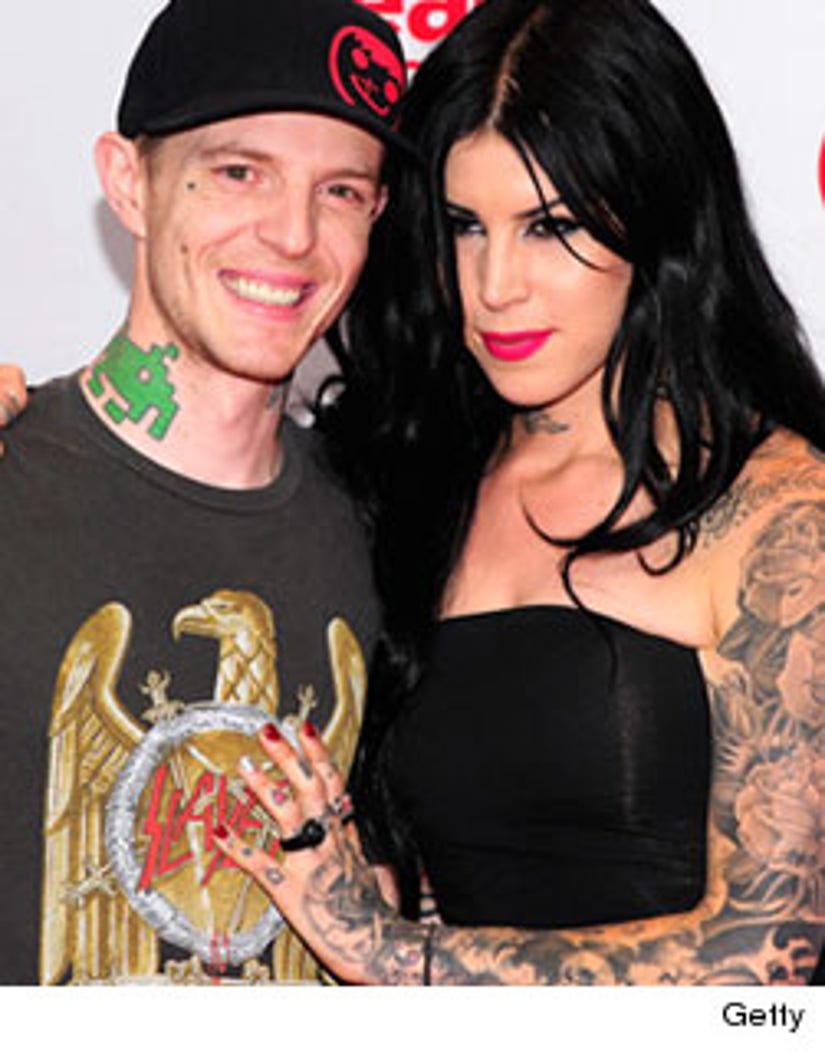 Will Kat Von D ever be lucky in love? (Are we really asking this question?)

The 30-year-old former fiancée of Jesse James has broken up with her latest flame, DJ Deadmau5, and it seems that things ended on not-so-great terms.

Early on Satuday morning, the tattoo artist took to her Twitter with the following posts:

"Man, I sure was wrong. But at least he made it a no-brainer to break that off. #lessonlearned"

And just in case you didn't get the hint, she ended with "Clarification: Deadmau5 and I are no longer together."

"going to spend a little while screwing my head back on. i guess im not cut out for relationships right now. and that's all i really wan't to dwell on it right now. ill figure it out. no hard feelings."

"it happened too fast, i lost my balance and fell into a familiar dark place that im having difficulty with. she deserves someone stronger."

"... and thats it for the personal stuff... on with our regularly scheduled deadmau5 crap."

The pair had only been together for about two months.