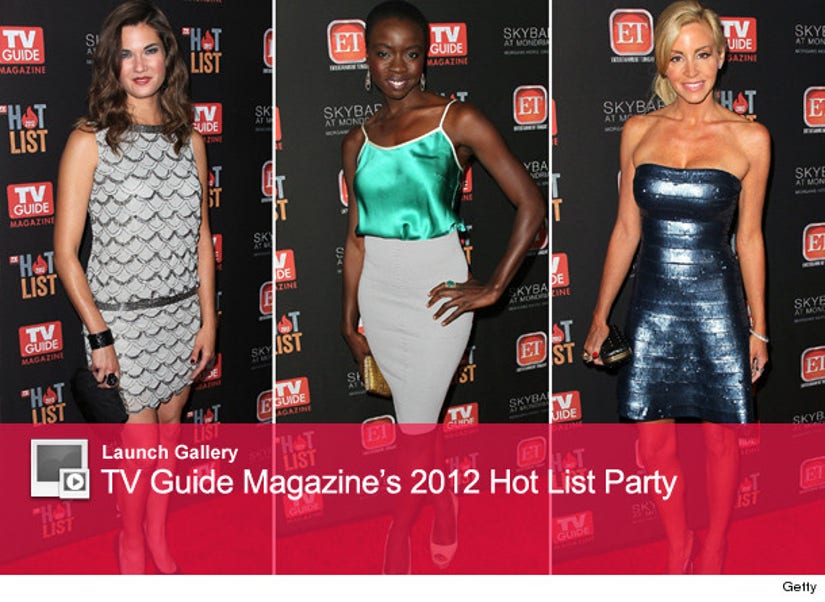 Here's once more reason celebs are just like us ... they love the same shows we do!

TV Guide Magazine's 2012 Hot List Party went off with a bang and all of TV's biggest stars of the small screen hit the red carpet to celebrate at the Mondrian Skybar on Monday!

toofab caught up with primetime's hottest stars to see what shows they wish they could be on … and which ones are their guilty pleasures!

Check out their fun (and sometimes surprising) answers below!

toofab: What show would you love to guest star on?

Camille Grammer from "The Real Housewives of Beverly Hills": Would love to be on "American Horror Story" so she can be all "messy-haired, scary and evil."

Nikki Deloach from "Awkward": says she would love to do anything to be on "Homeland!"

Christopher Gorham from "Covert Affairs": He loves Betty White so he'd have to do "Hot in Cleveland."

Danai Gurira from "The Walking Dead": "Homeland" and "Boss."

Michael Trucco from "Revenge": "Breaking Bad," because he says it's one of the best shows on television right now and "True Blood."

Navid Negahban "Homeland": "Once Upon a Time" because he'd like to play a gypsy!

Lance Reddick from "Fringe": "Breaking Bad" because that's his show and "Modern Family."

toofab: What show is your guilty pleasure?

Michael Weatherly from "NCIS": Fareed Zakaria on "CNN" because he feels guilty about being "too informed."

Christopher Gorham from "Covert Affairs": Says the "The Real Housewives of Atlanta" is growing on him.

Danai Gurira from "The Walking Dead": "Top Chef" along with many other reality shows on Bravo (but she wouldn't disclose!).

Michael Trucco from "Revenge": "X Factor" (along with the other singing shows ... it's "expected" he says) and "Storage Wars."

Brendan Robinson from "Pretty Little Liars": "Dance Moms" ... but he says you didn't hear it from him!

Lance Reddick from "Fringe": His wife has gotten him hooked on "The Voice."