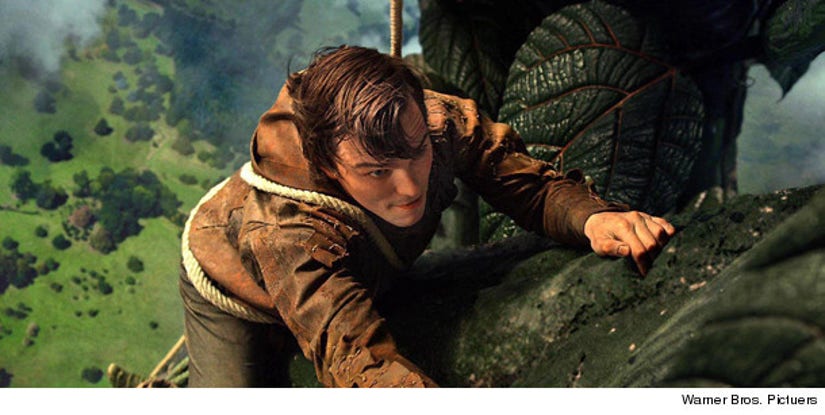 Next year, another fairytale is getting the big-screen treatment, and we do mean big!

"Jack the Giant Slayer" is a retelling of the classic "Jack and the Beanstalk." Nicholas Hoult ("X-Men: First Class") plays the titular role. In the film, Jack unwittingly creating a path (via magic beans) to the realm of the giants, which leads to the kidnapping of Princess Isabelle (Eleanor Tomlinson) and an invasion by the brutish behemoths.

It looks like director Bryan Singer (who director Hoult in "X-Men") delivers his signature action sequences and incredible special effects. Check out the action-packed clip below, with the giants attacking with trees and even a windmill blade.