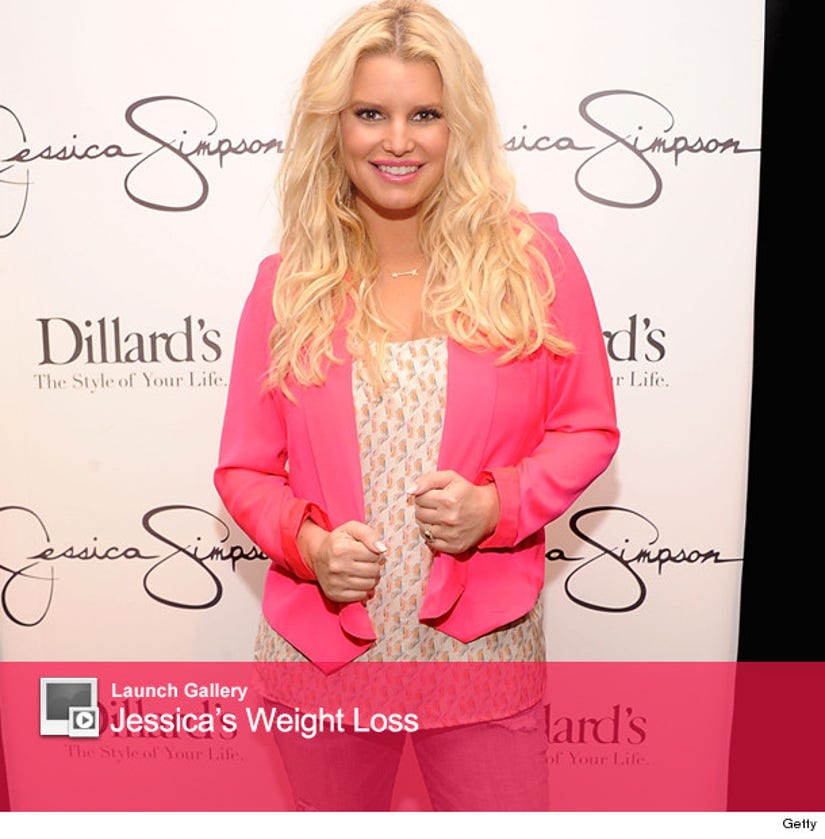 Here we go again! Does Jessica Simpson have another bun in the oven?

That's the news today from Us Weekly, who's reporting that the 32-year-old singer and former football player/fiance Eric Johnson are expecting their second child together.

"It definitely wasn't planned. But yes, Jessica is pregnant again," a source tells the mag.

So far, Jessica's rep isn't saying much -- telling PEOPLE "I'm not going to comment on this speculation."

Last time she announced the news herself on Twitter, so we'll be keeping a close eye on that feed!

If true, the news could have big implications for her current Weight Watchers deal ... which reportedly net her $3 million.

So far, Simpson has lost about 60 pounds (and is looking great!), but she'll be gaining it all back with a second baby on the way.

Think they'll shell out another $3mil for her to do it all over again?

Either way, congrats to the happy couple ... if the news is true!