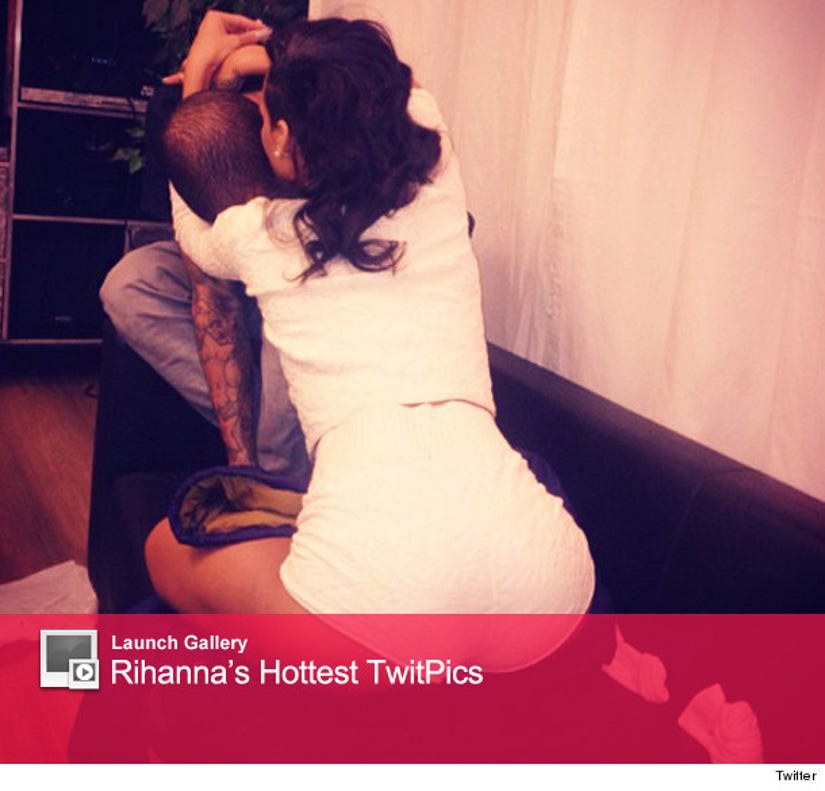 It's safe to say it's "Game On" for Rihanna and Chris Brown.

The duo -- who share a very violent history together -- shared an intimate shot together on Twitter last night. The snap shows RiRi hugging Brown and kissing him on the head.

"f**kyopictures i dont wanna leave!!!" she tweeted along with the photo. "Killed it tonight baby!!!"

The pic was taken in Frankfurt, Germany, where Brown played the latest stop on his world tour.

The two were also seen partying at Adagio Club after the show.

Think they're definitely back together? Do you care anymore? See more of Rihanna's hottest TwitPics in the gallery above.