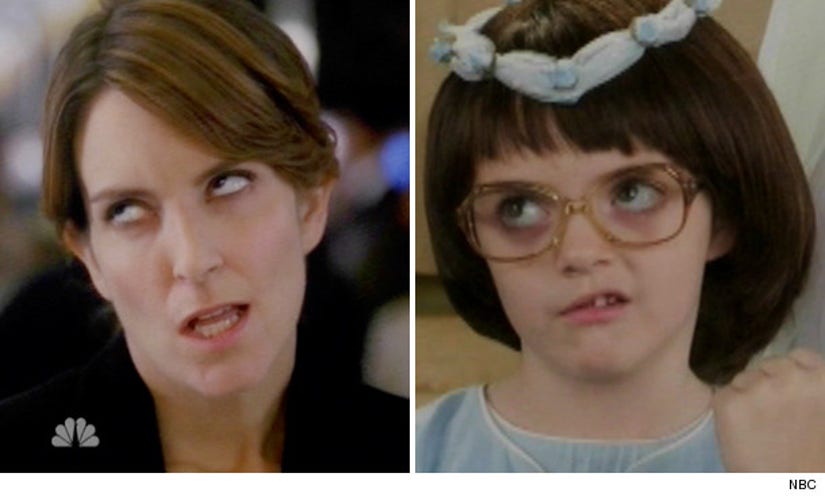 Alice looks just like Tina, doesn't she?! And she's got the patented Liz Lemon eye-roll down pat.

We'd love some more flashback scenes with Alice -- and maybe next time she can actually speak!

Check out her brief, but hilarious, cameo below:

NBC announced on Friday that the series finale of "30 Rock" will air on Thursday, Jan. 31. Are you sad to see the show go?