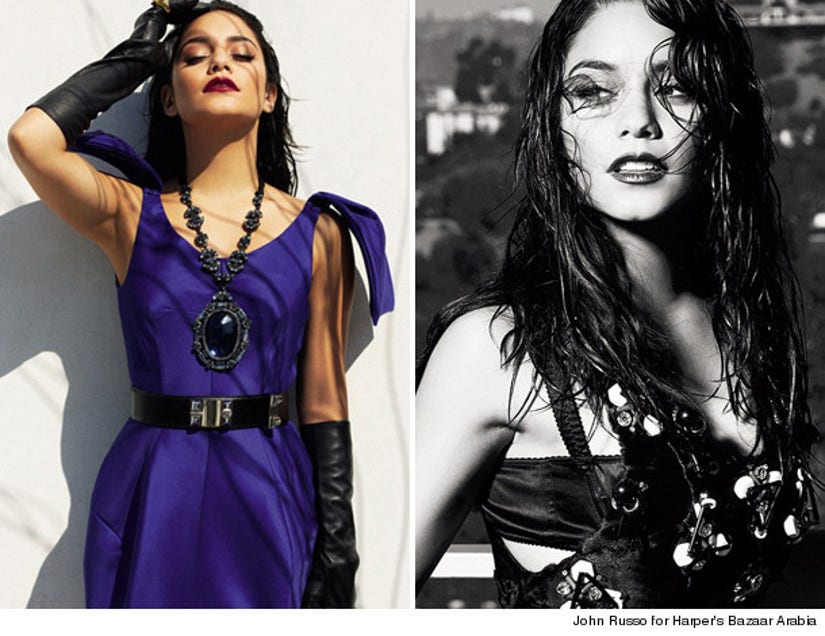 The "Spring Breakers" star stuns in the December issue of Harper's Bazaar Arabia in a series of high-fashion shots with photographer John Russo.

Vanessa dons designer gowns by Dolce and Gabbana, Lanvin and Gucci for the pictorial – and to be honest, we've never seen the 23-year-old look so chic!

The brunette beauty really wows in the emerald green wrap dress by Gucci (below) – the fit and color are perfection on the young actress and her hair and makeup really complement the couture look. 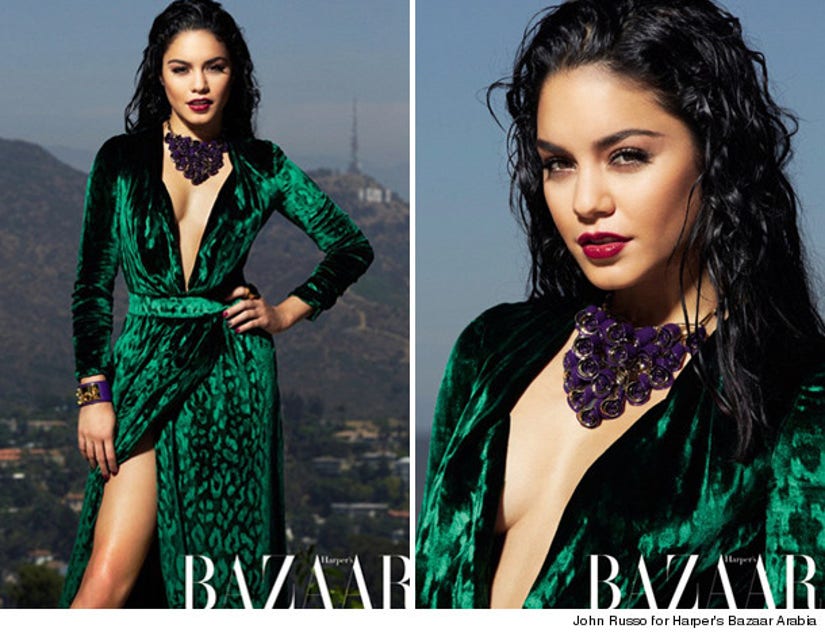 But, we've definitely seen this outfit before!

Tamara Ecclestone and Kim Kardashian have both worn the leopard print dress on the red carpet this year … but neither did the emerald ensemble quite as much justice as Vanessa!

This particular Gucci getup is better suited for ladies with (as much as we hate to say it) fewer curves. Are you a fan of the outfit? See even more stars in dueling dresses in the gallery below! 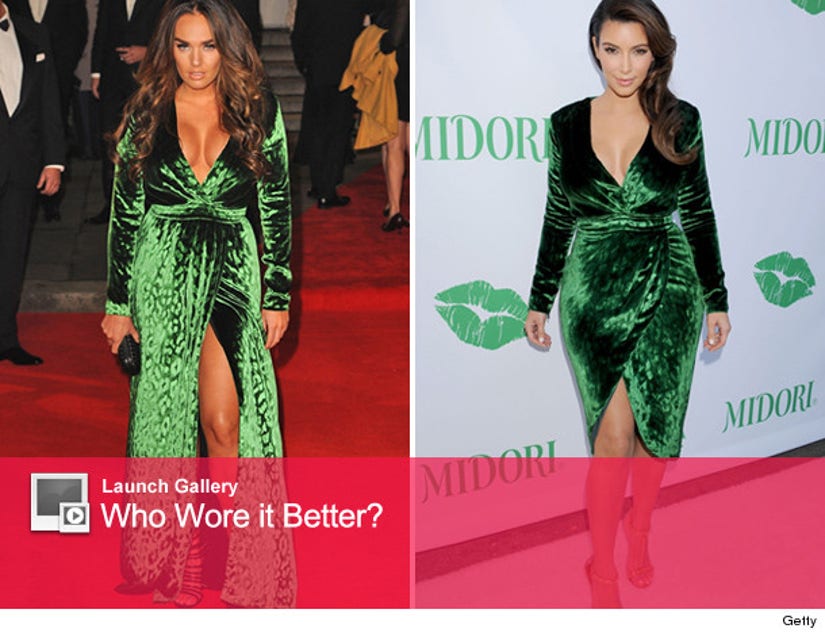