It may be the dead of winter, but Hayden Panettiere is stripping down to her bikini.

The "Nashville" star flaunts her figure in the January 2013 issue of Esquire. We love how the fit actress breaks the mold of the traditional men's magazine bikini model.

Hayden's back tattoo is prominent in two of the shots. It reads "vivere senza rimipianti," which translates into "to live without regrets" in Italian. Unfortunately, the tattoo artist added and extra "i" -- "rimpianti" is the correct spelling. Oh well, no regrets!

Check out the sexy spread, shot by Ari Michelson, below! 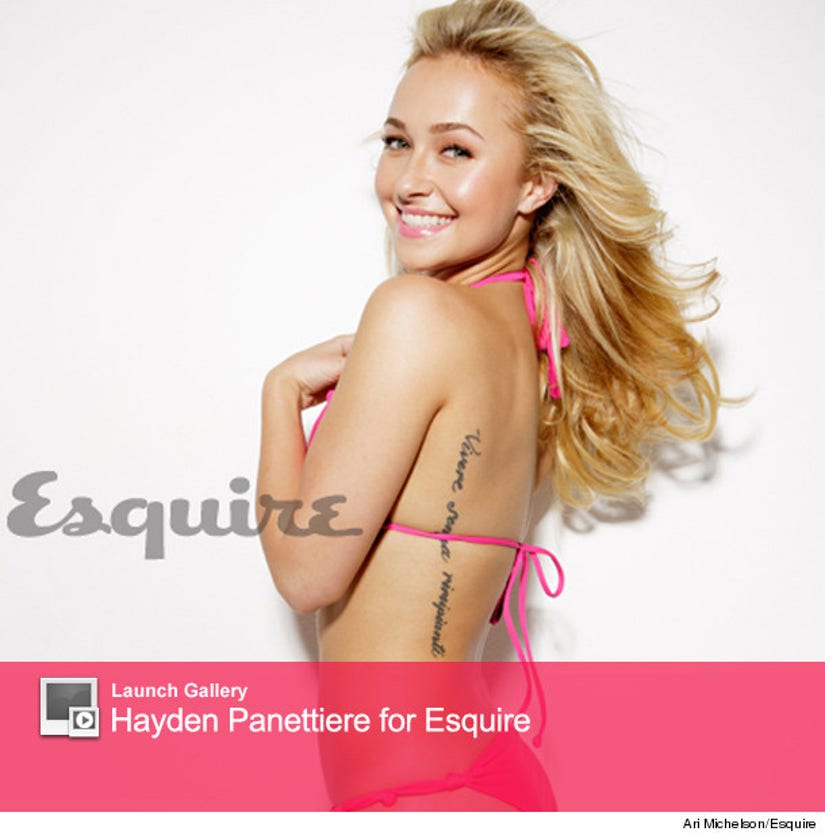 The actress is working on her music as well, but does she have a career in comedy? Watch Hayden try her hand at telling a joke, below: