Ashton Kutcher and Demi Moore announced their separation back in November of 2011, but on Friday, Kutcher finally pulled the trigger and made moves to officially end his six-year marriage TMZ reports.

The "Two and a Half Men" actor filed divorce papers (after waiting a year to let Moore do it herself) in Los Angeles Superior Court citing irreconcilable differences. As the current highest-paid actor on television, Kutcher isn't seeking any spousal support. The pair will divide their property holdings later.

Moore and Kutcher, who married in 2005, split in the wake of cheating allegations surrounding the actor and another woman.

"As a woman, a mother and a wife there are certain values and vows that I hold sacred, and it is in this spirit that I have chosen to move forward with my life," Moore said in a statement at the time.

Kutcher, who has moved on with his former "That 70's Show" co-star Mila Kunis, said in a statement announcing the couple's separation last year, "I will forever cherish the time I spent with Demi. Marriage is one of the most difficult things in the world and unfortunately sometimes they fail."

To see even more couples with shorter marriages, click on the "Launch Gallery" below: 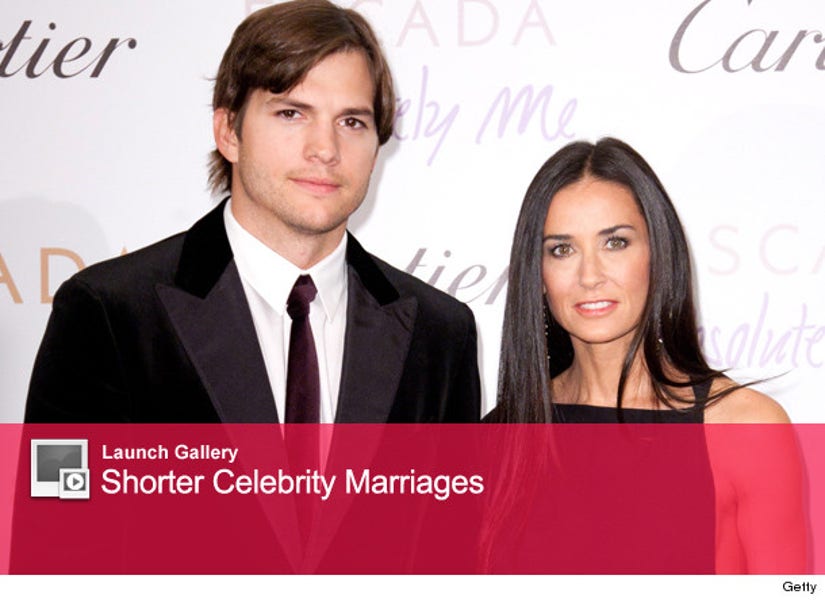