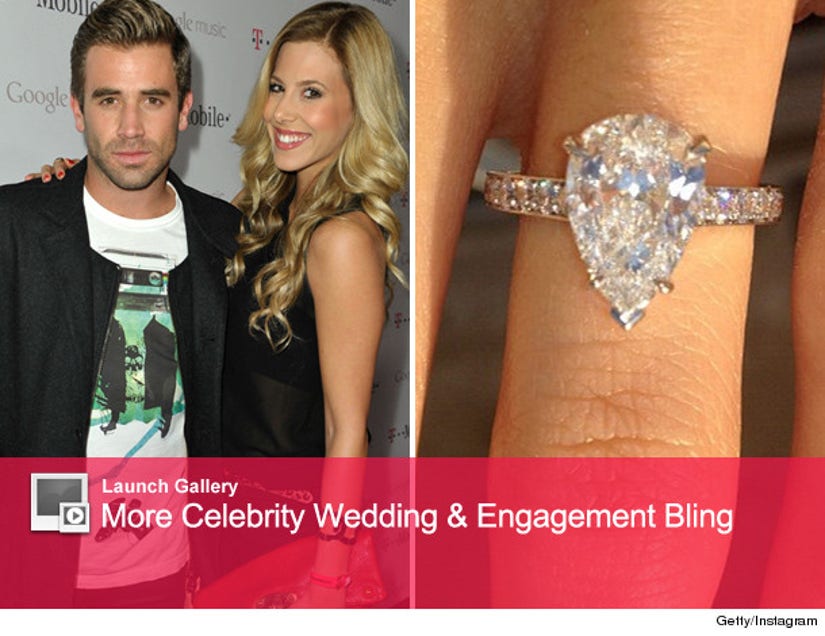 Another one of Lauren Conrad's exes is off the market.

Wahler's bride-to-be, model Ashley Slack, confirmed the news on Facebook -- telling her friends and followers "I said yes! I am the happiest girl in the whole wide world and I cannot wait to spend the rest of my life with my best friend."

According to RumorFix, the "Laguna Beach" star actually popped the question on November 17 -- decorating Ashley's room with photos of the two of them and a ton of roses.

And check out that ring!

Jason shared a photo of the pear-shaped sparkler on his Instagram, saying "Love you babe."

The two will reportedly tie the knot October 12, 2013. Congratulations!