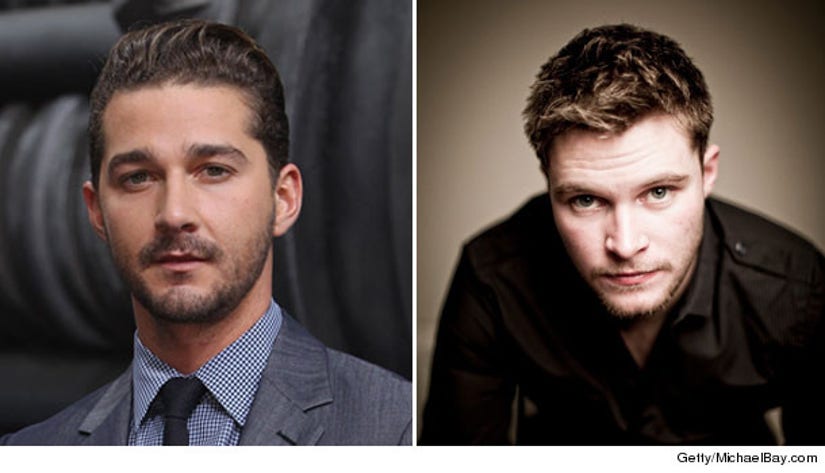 It's one of the biggest film franchises in recent years, and a newcomer has been cast in the lead role.

On Tuesday, director Michael Bay confirmed that Jack Reynor (above right) will star in "Transformers 4," due out next year. Jack already has that leading man name (Sorry Shia LaBeouf!) but little else is known about the actor; the 20-year-old has only appeared in other one film.

"I just hired a great new actor for Transformers 4 to star against Mark Wahlberg. Jack Reynor, he is an Irish kid that came to America with 30 bucks in his pocket. Pretty ballsy. Seriously who does that? Anyway I spotted him in a great little Irish movie WHAT RICHARD DID. This kid is the real deal."

Bay also clarified rumors that "Transformers 4" would be a reboot, and confirmed it would not be a standalone film:

"This movie takes place exactly 4 years after the war in Chicago. The story makes a very natural transition, and reason as to why we have a whole new cast. This Transformers will feel very different then the last three. We are embarking on a new trilogy."

No other actors have been attached to the project aside from Reynor and Wahlberg. We're sure Bay is auditioning a very pretty girl to play the female lead.

If you can't wait until June 2014 for your giant robot fix, check out this alternate trailer to "Pacific Rim," which was shown at CES in Las Vegas: