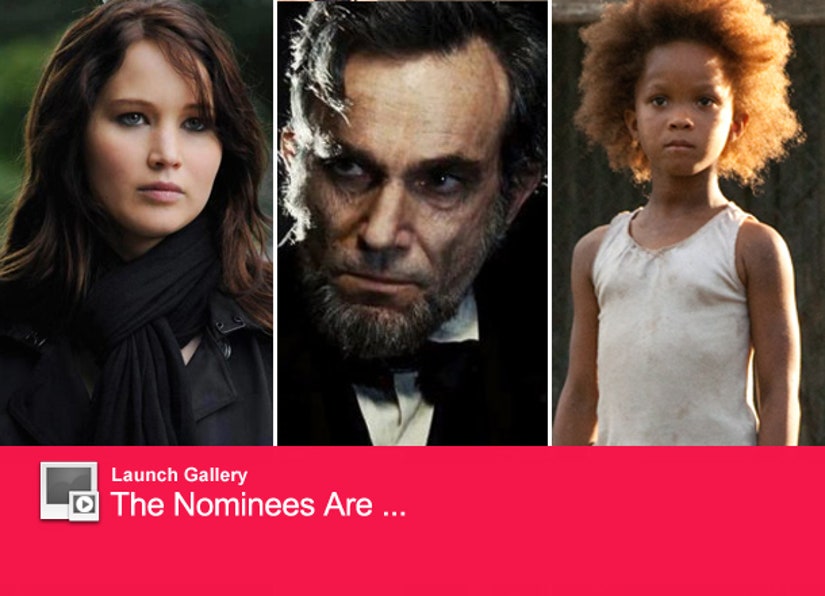 Nominations for the 85th Academy Awards were announced by the lovely Emma Stone and the host of this year's Oscar telecast, Mr. Seth MacFarlane, Thursday morning in Beverly Hills.

And while "Argo" was nominated for Best Picture, Ben Affleck was surprisingly left off the list when the directing honors were announced. Some considered him a frontrunner to win the award!

At 9-years-old, "Beasts of the Southern Wild" star Quvenzhane Wallis became the youngest star nominated for an actress statuette this morning, while 85-year-old "Amour" star Emmanuelle Riva is now the oldest nominated in the same category.

Other notable noms: Adele picked up her first Oscar nomination for "Skyfall," "The Avengers" got one nod for Visual Effects and "Hitchcock" picked up a makeup nom for Anthony Hopkins' transformation into the famous director.

Did your favorites make the list? Check out the noms below:

Who are you rooting for? Let us know in the comments below!

And see the complete list of nominees (including Cinematography, Visual Effects and Song) over at Oscar.com.