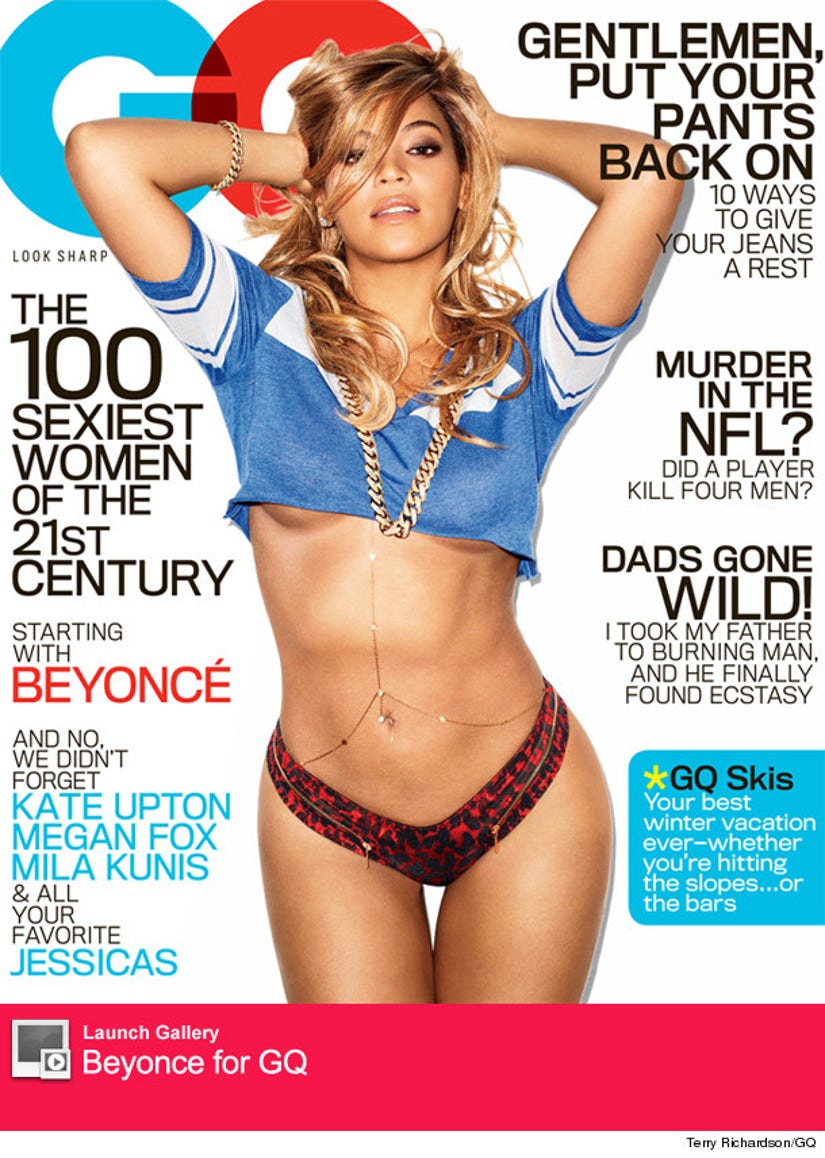 Beyonce is still bootylicious after baby!

The 31-year-old singer puts her insane body on display for the February issue of GQ -- gracing the cover in a very revealing crop-top and what looks like a leopard print thong.

Hard to believe she looks like this one year after giving birth to Blue Ivy, who was born a year ago this past Monday.

The magazine is celebrating "The 100 Sexiest Women of the 21st Century" and they clearly couldn't have picked a hotter cover star.

And this is just a teaser. GQ promises "better (and hotter)" from Beyonce next Tuesday, when they release the rest of the photo shoot and her full interview.

Bey is off to a great start to 2013. Earlier today it was announced she'll be performing at Barack Obama's inauguration later this month, she's playing the Super Bowl and has her own HBO documentary airing in February.

Check out Knowles' greatest moments (so far) in the gallery above.