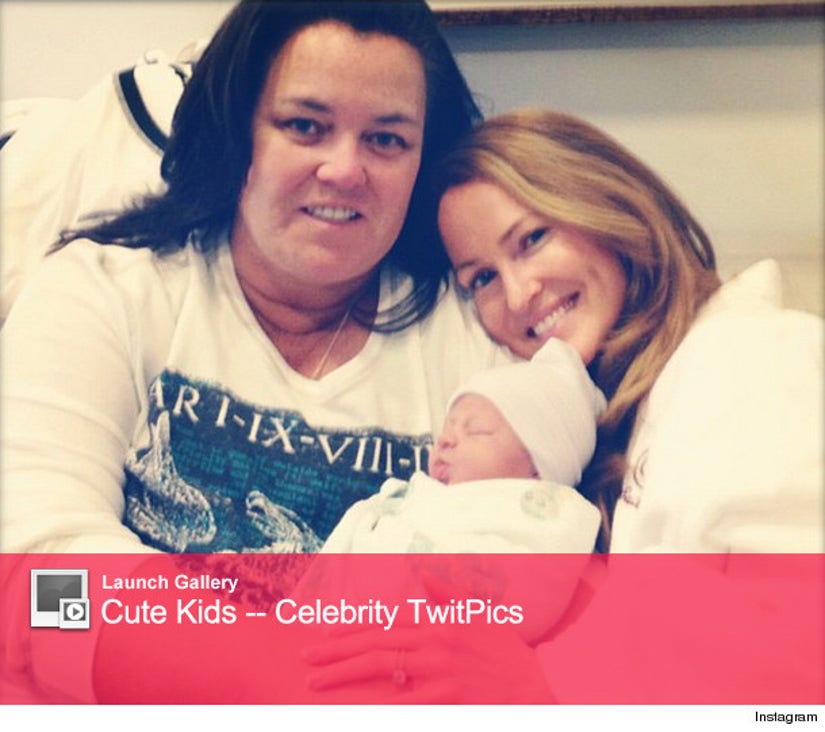 Rosie O'Donnell and wife Michelle Rounds are the proud parents of a newborn baby girl!

The talk show host, 50, and her bride of seven months announced the news moments ago on Twitter, posting a photo of the two of them and their new daughter, Dakota.

"we r thrilled to announce the arrival of r daughter Dakota - #withloveandthanks - AMEN," Rosie posted along with the pic.

A rep for Rosie tells toofab Dakota was born on January 5, weighing 5 pounds and 5 ounces. "Moms and baby are happy and healthy," the statement adds.

Rosie already has four children (Blake, Vivienne, Parker and Chelsea) from her marriage with Kelli Carpenter.

Rosie and Michelle tied the knot in June 2012, days before Rounds went into surgery for desmoid tumors.