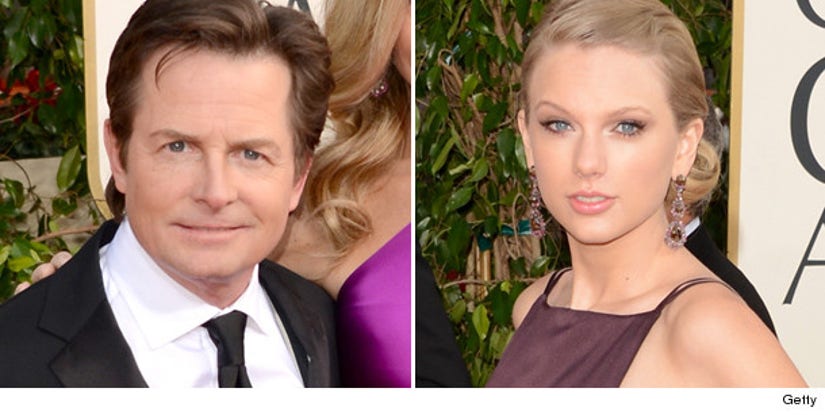 Sunday night at the Golden Globe Awards, Tina Fey and Amy Poehler joked that the singer should "Stay away from Michael J. Fox's son" Sam, who was Mr. Golden Globe.

"No. No ... Just back off," he told Vulture when asked he'd approve of a relationship between Taylor and his 23-year-old son.

"I don't keep up with it all, but Taylor Swift writes songs about everyone she goes out with, right?" Fox continued -- adding that he probably "wouldn't even know who she was" if his son brought her home.

Of course, the inevitable breakup song would likely remind him: "'Sam, You Piece of S**t.' Oh … that was the girl you brought home," he joked.

Great to see Fox still has a great sense of humor -- something he's definitely going to need with his new comedy series, which is set to debut this fall. 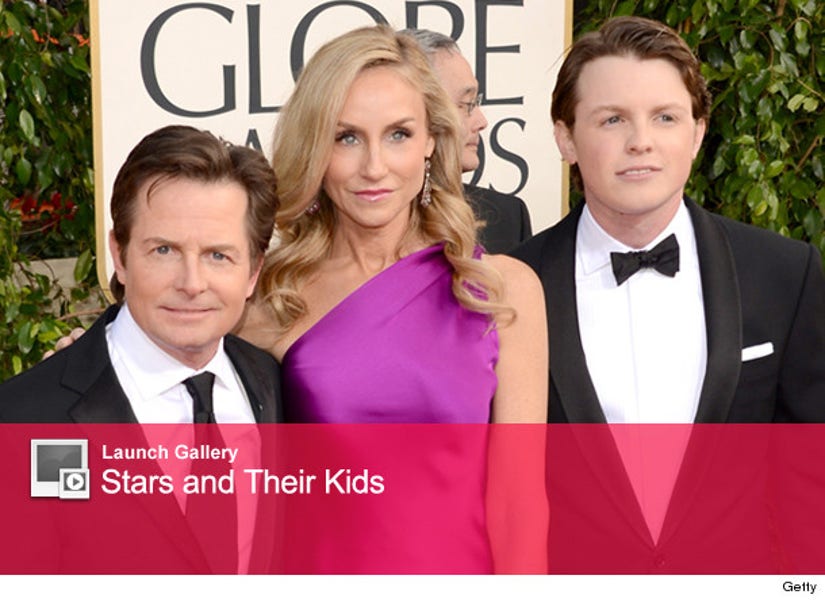