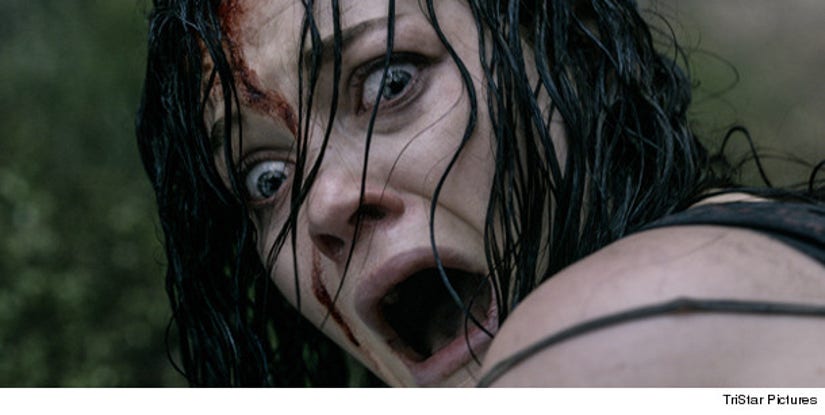 The next horror film franchise to get rebooted? Sam Raimi's "The Evil Dead."

Raimi is back producing the film, and the script was revised by Diablo Cody (of "Juno" fame). The plot mirrors that of the 1981 cult classic -- teenagers find the Book of the Dead in a secluded cabin, releasing demons who possess them one by one until there's only one survivor.

Check out the terrifying trailer below, starring Jane Levy ("Suburgatory") and Shiloh Fernandez ("Red Riding Hood"). It looks like the remake will have the infamous tree scene that defined the first film.

Compare it with the original below:

Are you excited to see the film? Tell toofab in the comments below!