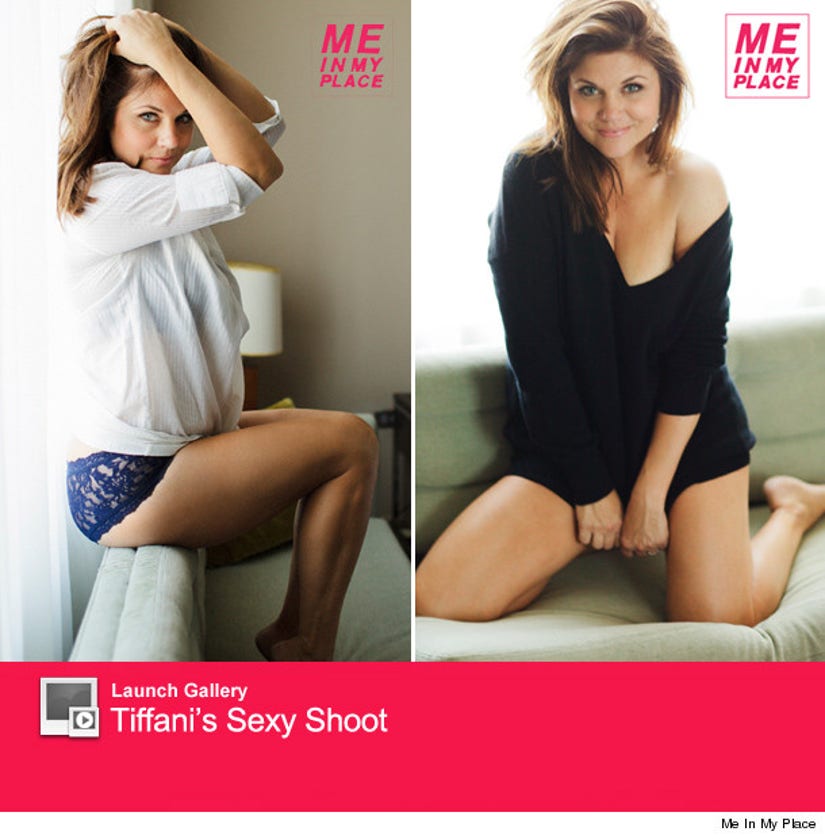 Tiffani Thiessen celebrates her 39th birthday later this week -- and she looks hotter than ever!

The former "Saved by the Bell" hottie-turned-"White Collar" star is smoldering in a new photo shoot with Me In My Place, where she poses in little more than a dress shirt.

(See more exclusive photos from the shoot at the Me In My Place mobile app.)

In the accompanying interview, the mother of one talked about her sex symbol status in the '90s -- and if there was any pressure put on her.

"I think any time you are on a hit show as a young actor or actress, you feel that way," she says. "I was not the girl that was a size 2 and didn't work for it. I was never the waify model type."

Besides the gorgeous photos, there's another interesting takeaway from the interview: Kelly Kapowski was almost a Bond Girl!

"I tested but didn't get it, it was also probably the hardest rejection because I'm such a fan of the movies," she says.

"It was between me and 2 other actresses at the time. Unfortunately the actress who got the job, went on to be voted as one of the worst Bond Girls as well," Tiffani adds ... without revealing the movie.

Could it be 1999's "The World Is Not Enough" with Denise Richards as Dr. Christmas Jones? That's our guess!