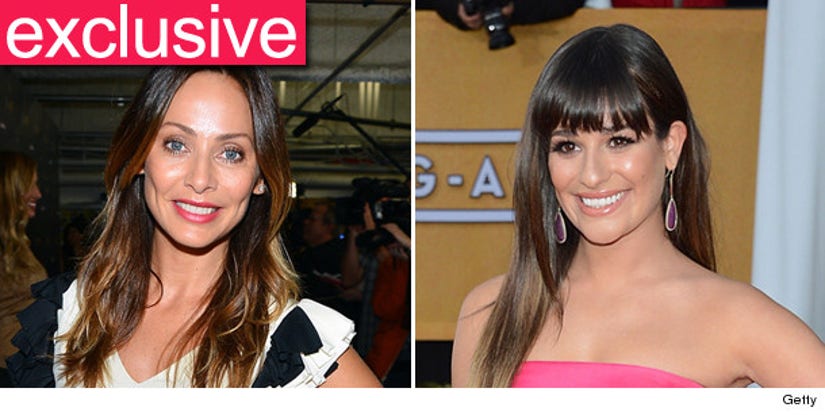 Yesterday, toofab brought you a sneak peek of this week's "Glee" episode, where Lea Michele covers one of all-time favorite pop-songs, "Torn" by Natalie Imbruglia.

The song was a chart-topper 15 years ago, and a new generation will be introduced to it tonight.

"I'm flattered they chose to cover my song." Natalie told toofab in an exclusive comment.

Lea -- who's currently working on a solo album -- may be following in Natalie's footsteps: going from TV to music. Natalie was the star of "Neighbours," an Australian soap, before become a huge pop star. Will Lea find the same success?

"Lea has an incredible voice. And is a very versatile performer," Natalie said. "Being a triple threat...I think she could be successful in which ever career she chooses."

Check out both versions of "Torn" below, and tune into "Glee" tonight on FOX!