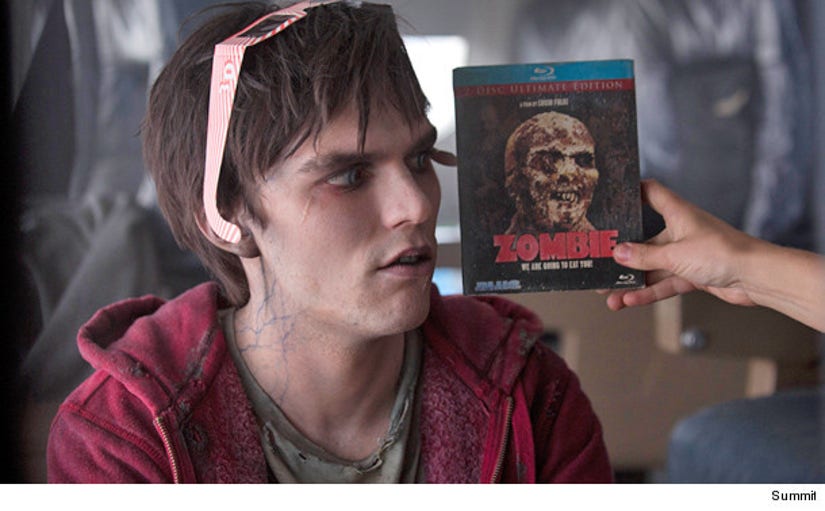 Here's something we never thought we'd say: "Warm Bodies" is the feel-good zombie movie of the year.

While many are calling the movie starring Nicholas Hoult and Teresa Palmer a zombified "Twilight," the flick deserves more credit than that thanks to its edgier tone and strong performances.

The movie, based on the book of the same name, is told from the perspective of R (Hoult) ... a decaying 20-something who communicates through grunts, but narrates the film in perfect English.

He crosses paths with Julie (Palmer) after she and some comrades are sent into the infected zone for medicine. They don't have your typical meet-cute though, as R ends up eating the brains of Julie's boyfriend Perry (Dave Franco).

R means Julie no harm though and he offers her protection when she's separated from her group.

The movie has many heavy-handed references to "Romeo and Juliet" -- including an obligatory balcony scene -- but the zombie take is definitely a new twist on tale of two star-crossed lovers.

Like any good zombie flick, this one also offers up some smart social commentary, illustrating the importance of human connection in a world full of cell phones and iPads.

That being said, hardcore horror fans may be slightly disappointed. This is no "28 Days Later" or even "Zombieland."

There isn't as much over-the-top gore as the aformentioned films, with the flick focusing more on story and characters than gross-out moments.

The romantic-comedy-horror also skews slightly more female ... and will have women wishing for their very own undead boyfriend. Seriously, Hoult is a hot zombie.

But with the gorgeous Palmer taking the female lead and stars like the Rob Corddry and John Malkovich in supporting roles, the boys will be entertained as well.

"Warm Bodies" opens today in theaters. Check out the first 4 minutes below: