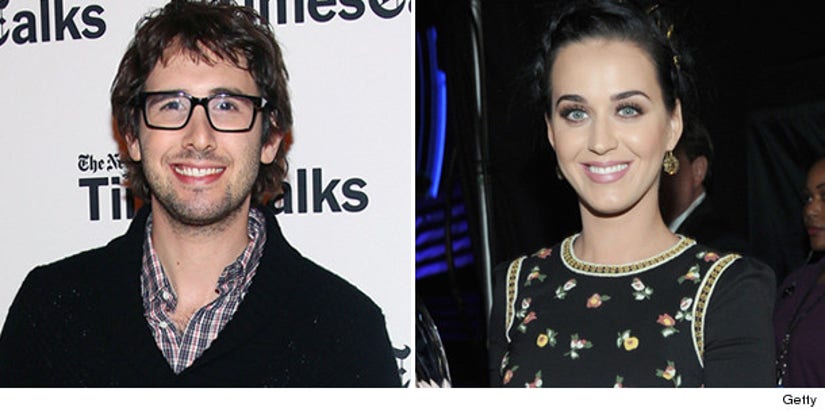 It's official -- there's not many man-stars who haven't dated Katy Perry. Satisfied now?

In a new interview with Details magazine, Josh Groban talks about his love life and admits to once "skating ... the line of dating" with Katy Perry, about whom he says is now simply a very good friend and that's totally all, OK? He also claims that the two have always been birds of a feather who share "goofball" tendencies.

Also, in case you were concerned about Josh Groban's celebrity-dating viability? He also dated January Jones for two-plus years, and is currently on the hunt for a very special lady to settle into a long-lasting, romantic relationship with.

In the interview, Josh says, "I'd love to get into another serious relationship. I am a real romantic at heart," which is definitely going to elicit a sh-tstorm of phone calls to Groban's agent from Taylor Swift's agent to arrange a meet-and-greet to, you know, discuss a possible collaboration of sorts.

I'm sure it's going to be strictly professional, of course.