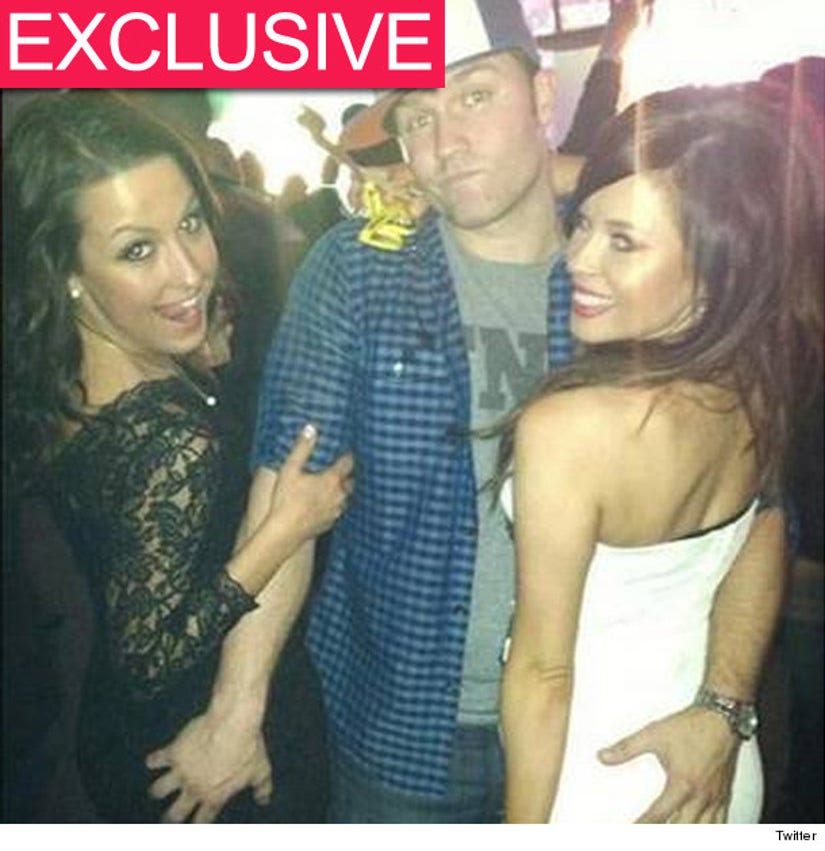 Looks like this former "Friday Night Lights" star had a Friday night to remember!

Scott Porter, who currently stars on "Hart of Dixie," was snapped with his hands full at a Super Bowl party.

toofab has exclusively obtained this photo of the actor at Twin Peaks Baton Rouge, a Hooters-type bar in Louisiana.

The brunette on the left has been identified as Nikki Kieren, a waitress at Twin Peaks. The other woman has not been identified, but she is not Scott's fiancee Kelsey Mayfield.

toofab reached out to Scott's rep, who told us: "Just some fans of FNL he met and was goofing around with. Nothing salacious."

You be the judge.