Videos By TooFab Staff | February 8, 2013 1:35 PM
The question on everyone's mind this Grammy weekend is what to wear to the awards show after a ridiculous rule forbidding celebs from wearing anything too risque was sent to all the attendees.

The Grammys is known to be the award show where stars go all-out with their outfits; it's the complete opposite of the classy and glamorous Oscars. From super low necklines, like JLo's infamous green dress in 2000, to Rihanna's sheer banded dress in 2012, you never know what to expect on the red carpet. We caught up with some stars last night at the OK! Magazine Pre-Grammy Party at Sound Nightclub in Hollywood.

Hear what they told toofab's Kristina Valois about the new rule below (while wearing dresses that would be "illegal" at the Grammys!):

To see even more party photos from the event, click on the "Launch Gallery" below: 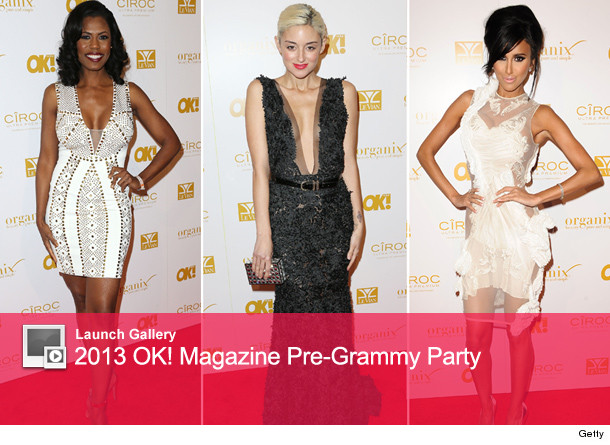 What do you feel about the reported Grammy Awards dress code? Silly or appropriate?

Every Major Fashion Moment from the 2020 Vanity Fair Oscar Party

This Is What the Academy Awards Looked Like 20 Years Ago

Selena Gomez Is Picture Perfect at the 2020 Hollywood Beauty Awards

Netflix shows and movies are being blocked in these countries Meghan Markle, Prince Harry may no longer be able to use 'Sussex Royal' branding: reports Ben Affleck calls Jennifer Garner divorce 'biggest regret of my life,' explains why he lied about back tattoo