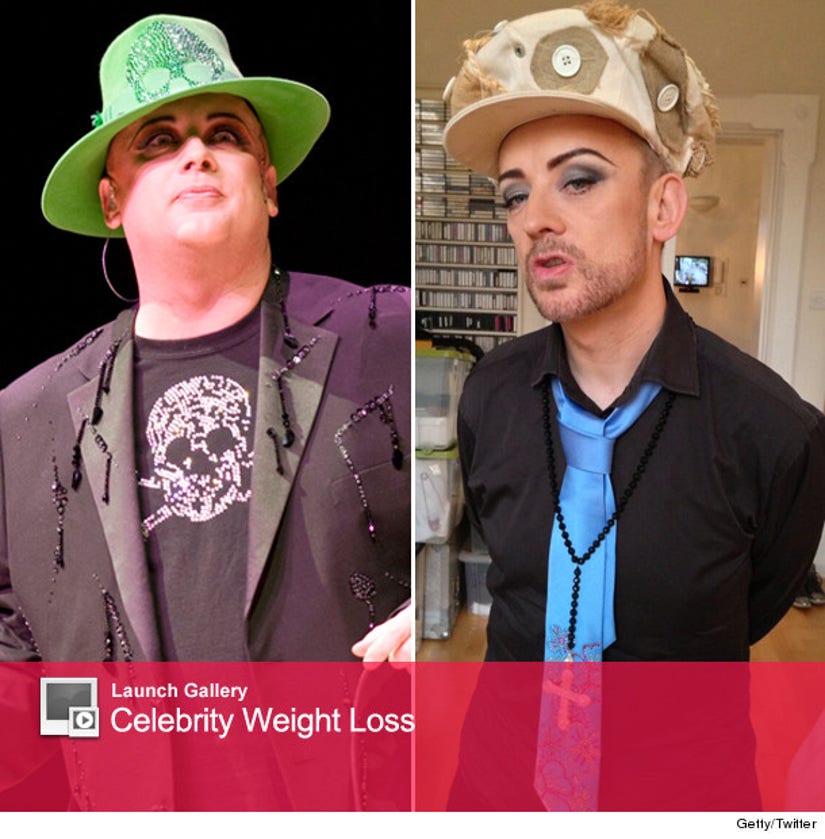 Boy George has his boy-ish figure back.

The singer, who had ballooned in weight over the years, debuted his surprisingly new thin frame on Twitter over the weekend.

With both a much skinnier waist and face, Boy George looked younger and healthier than he has in years ... and his fans were dying to know his secret.

"Portion control," he replied to one of his followers. "5 hour gaps between meals. No coffee or tea, except at meals. Water & fizzy water between meals! No bread, sugar!"

He also tweeted out the name of a nutritionist he's apparently been using, Amelia Freer.

This is definitely one of the more shocking weight losses we're seen lately. See how it compares to other celebs who've dropped weight in the gallery above.