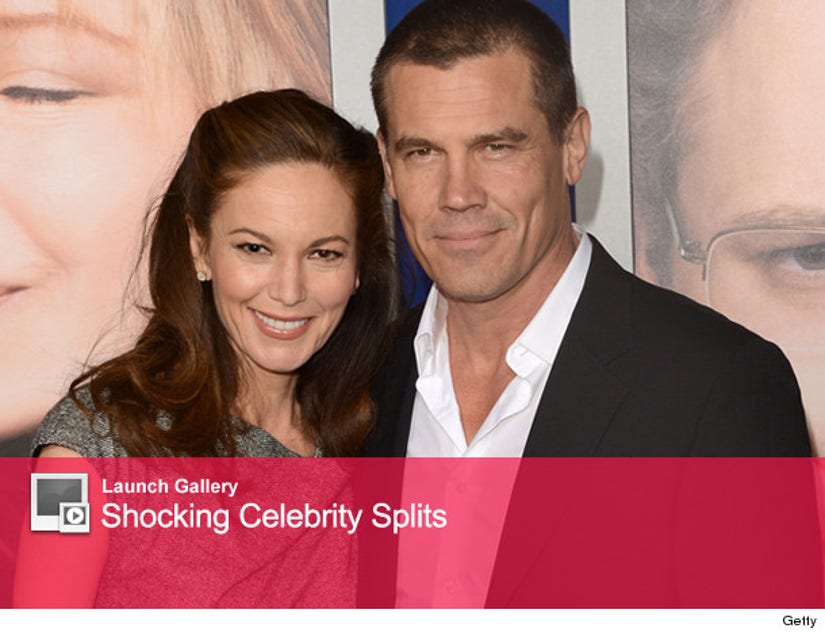 Another longtime celeb couple has called it quits -- Josh Brolin and Diane Lane are divorcing after eight years.

"Diane Lane and Josh Brolin have decided to end their marriage," reps for the pair tell Us Weekly exclusively, with an insider adding, "It was a mutual decision. It is very amicable. It's not ugly, it's just over."

The couple was together for some time, though there were definitely turbulent moments from the beginning.

Lane called police in December of 2004 after an altercation with her then-husband of just four months. Brolin was was arrested on a misdemeanor charge of domestic battery, though Lane refused to press charges, calling the incident a misunderstanding.

This is the second divorce for both stars; they do not have children together.