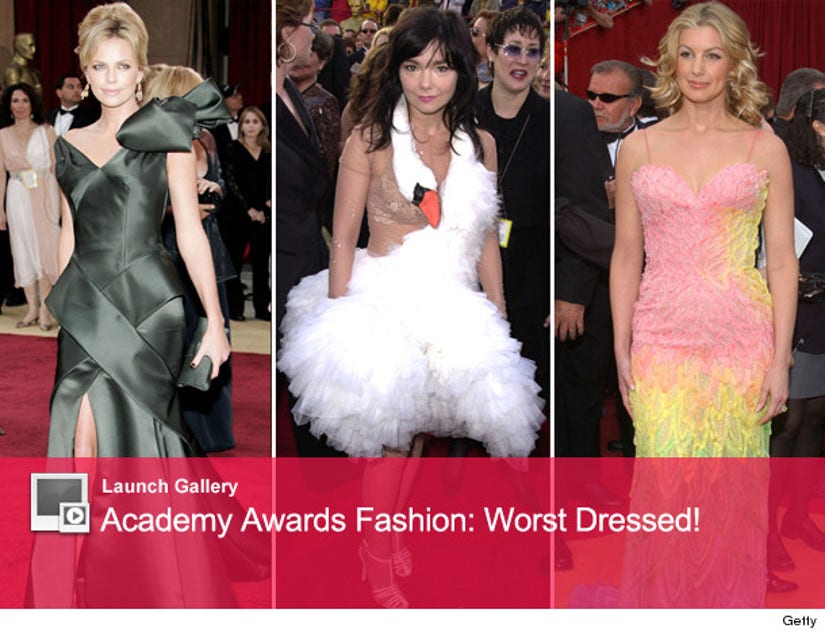 While there's always fabulous looks at the Oscars, some stars fall victim to the dreaded "oops" of the red carpet.

Charlize Theron usually gets her red carpet look right, but not at the 2006 Oscars.

One of the most memorable unfortunate looks came in 2001 when Bjork basically wrapped a stuffed animal swan around herself and called it a dress.

Who can forget Faith Hill's rainbow dress at the 2002 award show? That dress is definitely a hard one to live down.

The 85th Academy Awards this year will be hosted by the hilarious Seth McFarlane. Hopefully everyone will be laughing at Seth ... not what some of the stars decide to wear!

Click "Launch Gallery" above to check out more stars who didn't quite get their red carpet looks right!