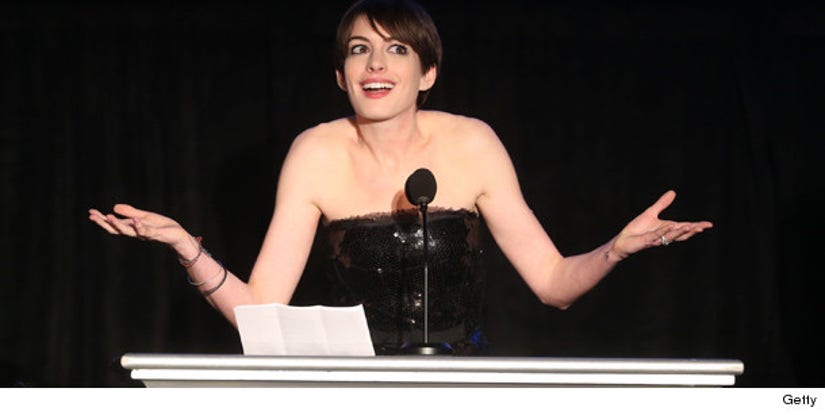 If only she was as endearing in real life. If only.

We can't put our finger quite on it, but there's something about the 30-year-old that's, well, just a little insufferable.

Maybe it's because, at times, she can be overly dramatic (good for acting, not for real life), or the fact that she can never execute a joke.

It's probably because she gave us plenty of drawn-out and cliched speeches this season ... which didn't help things either.

See if you can pinpoint what it is about Anne that bothers people. Check out five of her most annoying moments during awards season below!

1. Her Oscars speech sounded spontaneous and sincere ... until we found out she reportedly rehearsed it several times to come off as likeable. That makes her even more unlikeable in our books.

2. At the Critics Choice Awards, Anne felt the need to correct the spelling of her name during her "Best Supporting Actress" speech.

3. Her Golden Globes speech -- not only was it way too long, but she described her Globe as a "weapon against self doubt" (annoying, right?).

4. Also at the Golden Globes, Anne tried to take the mic from the producers when the cast won "Best Motion Picture" ... because she had more people she forgot to personally thank. Rude.

5. Anne referred to her wardrobe malfunction as the commercial exploitation of women. Here's a tip: wear underwear or keep your legs closed when you are being photographed relentlessly at a movie premiere.

Which moment do you think was the most annoying ... or do you love her? Sound off below! 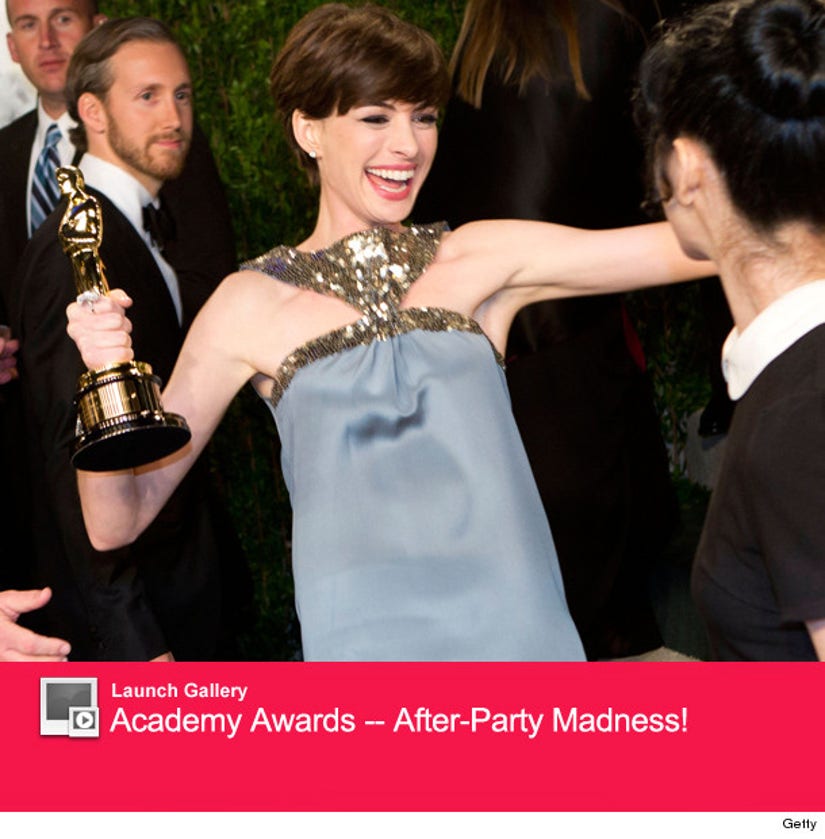