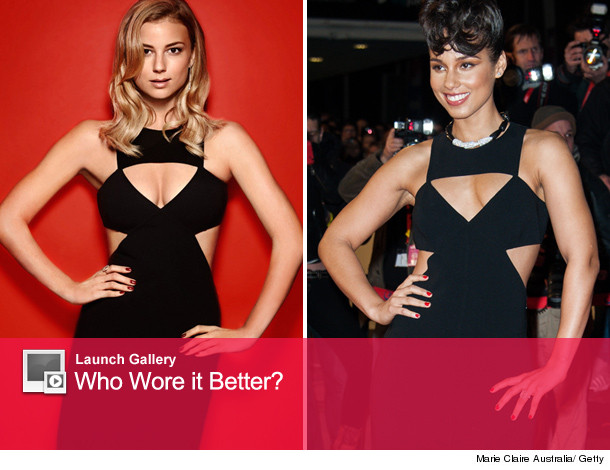 VanCamp graces the cover of the April issue of Marie Claire Australia, looking glamorous in a black Michael Kors dress with sexy cutouts, wavy hair and red nails. But we've definitely seen this look before...

Keys donned the gown (and exact same pose! Creepy) at the NRJ Awards in Paris back in January, adding a black and white necklace with an updo.

We think both ladies are gorgeous but we are giving the slight advantage to Emily, if only because Alicia's necklace is a distraction from the detail of the dress. So who do you think wore it better?

Click "Launch Gallery" above to vote on this pair and more stars in dueling dresses (including another appearance by this same Michael Kors!), and for more from Emily, pick up the April issue of Marie Clarie Australia, out now. 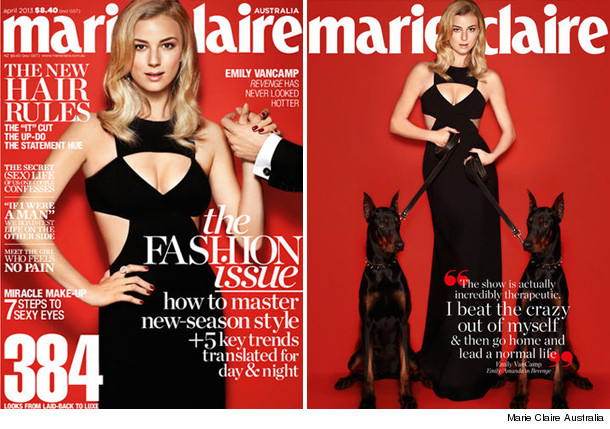 Good, Bad and WTF: The Most Memorable Met Gala Looks of the Decade

Kim and Kylie Get Candid During Makeup Session

This Is Us Recap: Randall's Fear and Anxiety After Break-In