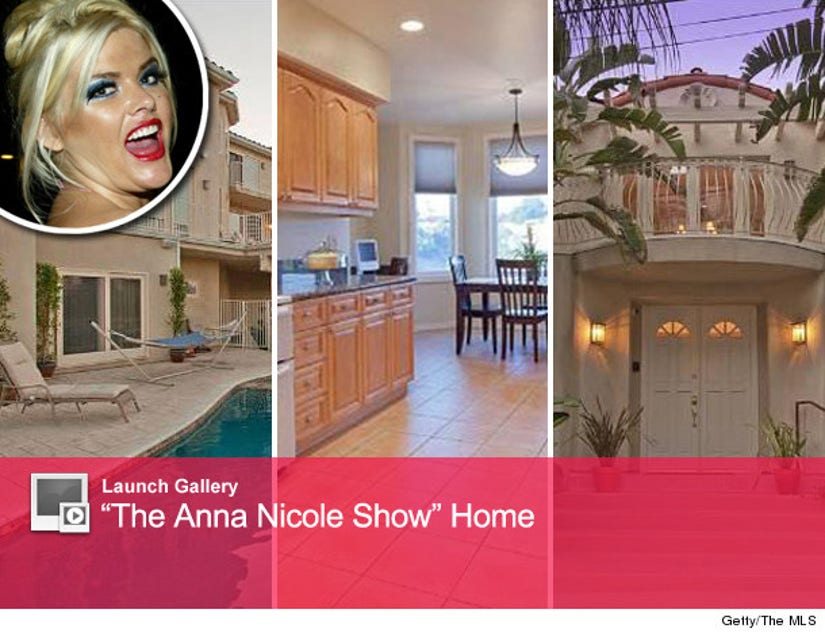 The Studio City house where the late Anna Nicole Smith's life was filmed sold on Wednesday for $1.3 million.

"The Anna Nicole Show" was one of E! first forays into reality TV, and lasted two seasons. Of course, the network would later air "The Girls Next Door" and "Keeping Up With The Kardashians."

Anna Nicole purchased the 5 bedroom, 5.5 bathroom under her real name, Vickie Marshall, in April 2005 for $1,335,000. The house passed to her daughter, Dannielynn Birkhead, after Anna Nicole's death in 2007.

However in April 2011, Howard K. Stern, Smith's one-time lover and the executor of her will, gained the court's permission to transfer the home under his name. In July 2011, Howard placed the home on the market with an asking price of $1.75 million. It went through a few price drops before finally selling this week.

The master suite has a balcony that takes advantage of the panoramic views of Los Angeles, as well as a walk-in closet and luxury bathroom. Another bedroom is decked out in pink, Anna Nicole's favorite color. And a painting with likeness can be seen in the living room.

Check out all the photos by clicking the "Launch Gallery" above and Redfin for more on the property.