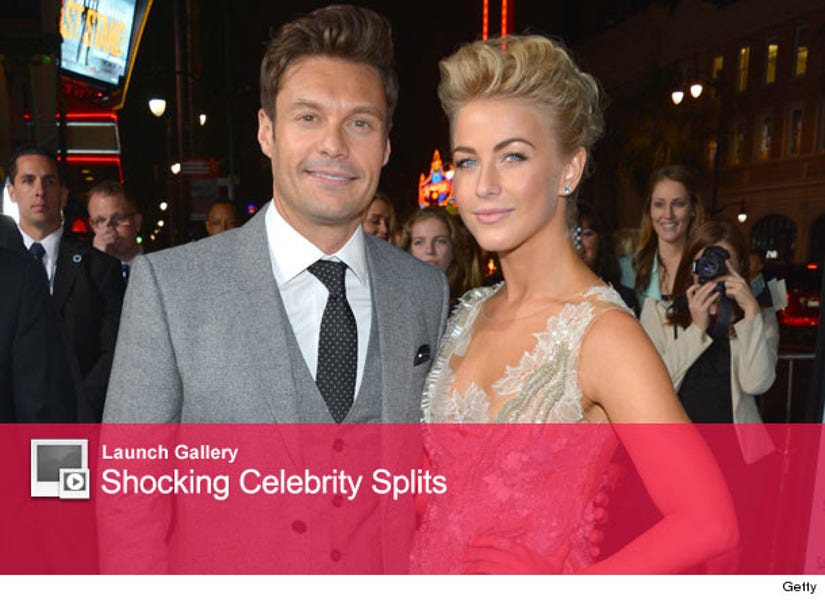 The dancer-turned-actress has split from Ryan Seacrest, her boyfriend of two years. People was the first to break the news, citing sources close to the couple.

The sources told People that Julianne and Ryan's busy work schedules proved to be a "great challenge."

Julianne, 24, just finished a promo tour for her film "Safe Haven," and is working on a reality show with her brother Derek Hough. Ryan, 38, hosts his own radio show, "American Idol," and produces numerous TV shows, including "Keeping Up With the Kardashians."

Check out even more shocking celebrity splits by clicking the "Launch Gallery" above!