UPDATE: Maitland Ward also shared photos from the set of Ben Savage as Cory Matthews (who's a teacher now!) and even Mr. Feeny himself, William Daniels. Check 'em out in the gallery: 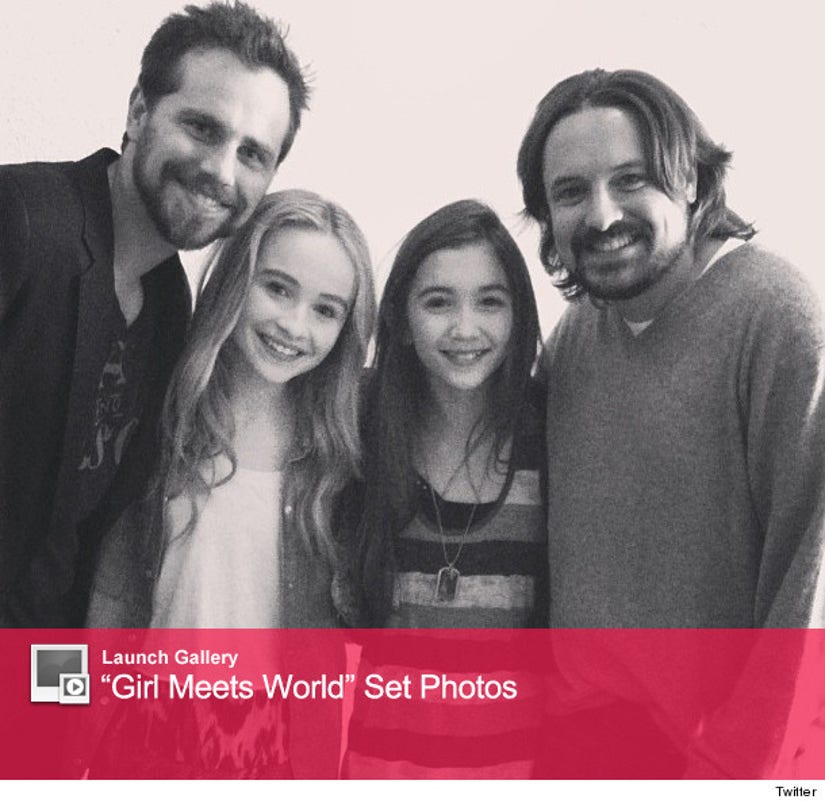 While Cory Matthews (Ben Savage) and Topanga (Danielle Fishel, who recently did Maxim) were MIA from the pics that were posted online, there were still quite a few familiar faces.

Including one we were very excited to see: Rider Strong!

Also spotted on set was Will Frielde (who played Cory's brother Eric) and Matiland Ward (who played Eric's college roomate Rachel) ... plus newcomers Rowan Blanchard (who will be Cory and Topanga's daughter) and Sabrina Carpenter.

While Ben and Danielle were, obviously, confirmed to return to the new series -- which revolves around their pre-teen daughter -- the fate of regulars like Rider and Will remained a mystery.

Could their appearance on set mean there are a few cameos in store for the pilot? They haven't confirmed anything via Twitter just yet, but we're hopeful.