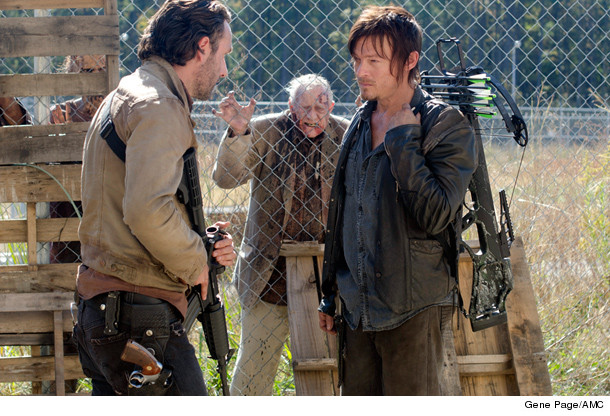 "The Walking Dead" didn't wait until the Season 3 finale to kill off a major character!

"This Sorrowful Life" -- the season's penultimate episode -- saw the shocking death of a series regular and the coolest zombie kill ever. Warning, there are major spoilers below!

Rick was prepared to sacrifice Michonne but changed his mind. However, Merle Dixon (Michael Rooker) took matters into own hand, captured Michonne, and planned to deliver her to The Governor himself.

Along the way to Woodbury, Merle tried to hotwire a car, but the alarm went off and attracted a group of zombies. Michonne, wrists bound and tethered to a column, managed to kick one over and stomp on it's head. When another came towards her, Michonne lassoed it with her bindings, and applied pressure until the walker was decapitated. Zombie Kill of the Week ... or ever!

On the road, Merle realized that it was The Governor that made him a killer, and decided to let Michonne go. Merle then hatched a plan to kill The Governor himself. 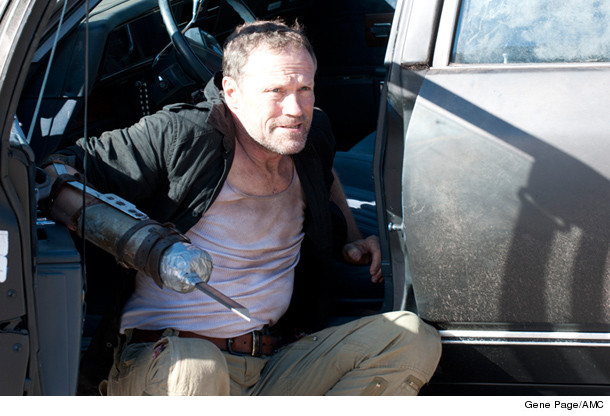 By blaring the car radio, Merle attracted a herd of zombies, leading them to The Governor's position. He hopped out of the car and sniped The Governor's men one by one as they dealt with all the walkers. Merle had The Governor in his crosshairs, but was attacked by a walker. With his position compromised, The Governor found and attacked Merle.

If you thought Michonne was brutal, The Governor took it to another level, biting off two of Merle's fingers, crushing his arm, and then shooting him in the chest, killing him. 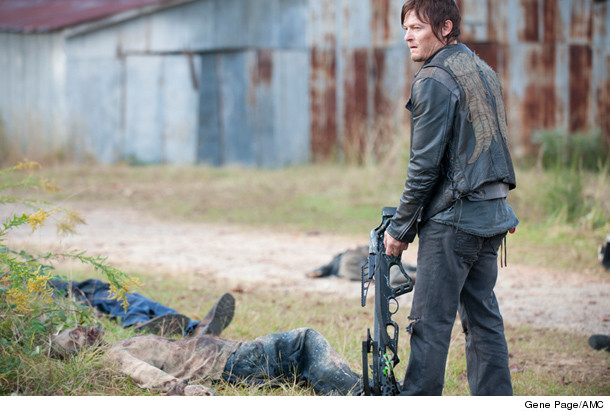 Daryl Dixon (Norman Reedus), who had gone after Merle and Michonne, eventually found the zombified version of his brother feasting on Ben's (Tyler Chase's) corpse. A devastated Daryl then killed his brother by stabbing him multiple times in his head.

Next week's season finale will be the long awaited showdown before Rick's group and The Governor. Will The Governor be killed, or will he continue as the antagonist into Season 4?

If he dies, who will kill him? Will Daryl avenge Merle's death? Will Michonne finish what she started? Will Glenn and Maggie get their revenge? Or will Andrea finally go through with it? Vote in our polls below!