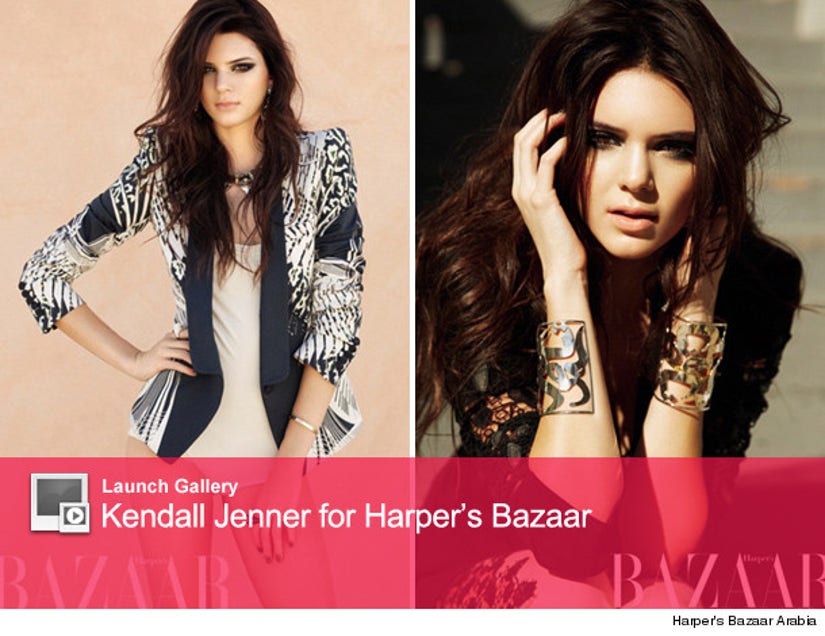 The 17-year-old "Keeping Up with the Kardashians" star/teen model reveals she's often put on blast for her thin frame ... but she says she can't help it!

"I'm trying my best with what I want to do, which is modeling," she continues. "I think I'm on my own career path and I don't really care what other people have to say about me being in the spotlight of my sisters."

And while she's trying to get out of their spotlight, Jenner says it's still nice to have them around ... for advice.

"I go to them for different things. Khloe is like my second mom, so whenever my little sister [Kylie] and I are fighting or we're fighting with our parents, we call Khloe," she says. "Kourtney is very realistic with things. She will tell you the cold, hard truth, even if it will make you cry, so whatever you're dealing with, if you want to talk to her, she'll be very realistic."

"She's been through a lot, so we can go to Kim with anything and she'll have literally the best advice," adds Kendall.

The teen has already walked the runway at numerous fashion shows -- and, in a joint venture with sister Kylie, has a collection with PacSun.

Check out more photos from Kendall's Harper's spread above!