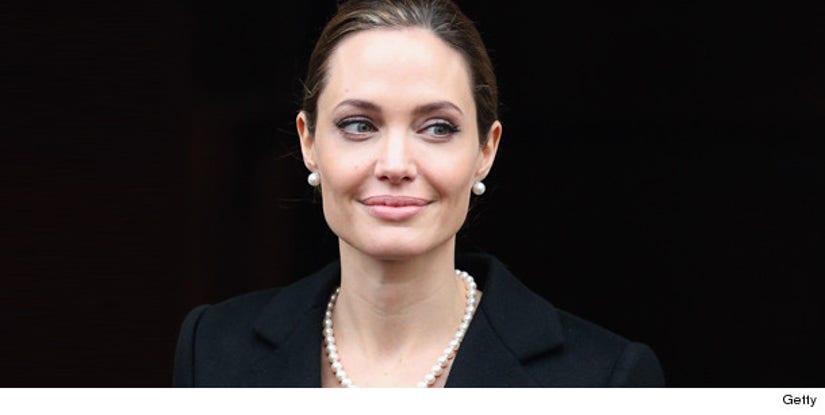 In an op-ed piece written in the New York Times, the 37-year-old actress revealed she underwent a double mastectomy after learning she carried the BRCA1 gene, which dramatically increases a woman's risk of developing breast and ovarian cancer.

Calling the preventative procedure "proactive" and her "medical choice," Jolie chose to share her story because there are "many women who do not know that they might be living under the shadow of cancer."

She thanked her partner, Brad Pitt, for being "loving" and "supportive" during three months worth of procedures and surgeries at the Pink Lotus Breast Center.

The results have been positive, good news for the celebrity couple and their six children, the driving motivation behind Jolie's decision.

"My chances of developing breast cancer have dropped from 87% to under 5%," Jolie wrote. "I can tell my children that they don't need to fear they will lose me to breast cancer."

She added, "I do not feel any less of a woman. I feel empowered that I made a strong choice that in no way diminishes my femininity."

Jolie remained in the spotlight during at last part of her treatment, speaking at the G8 Foreign Ministers press conference on sexual violence against women in London back in April.