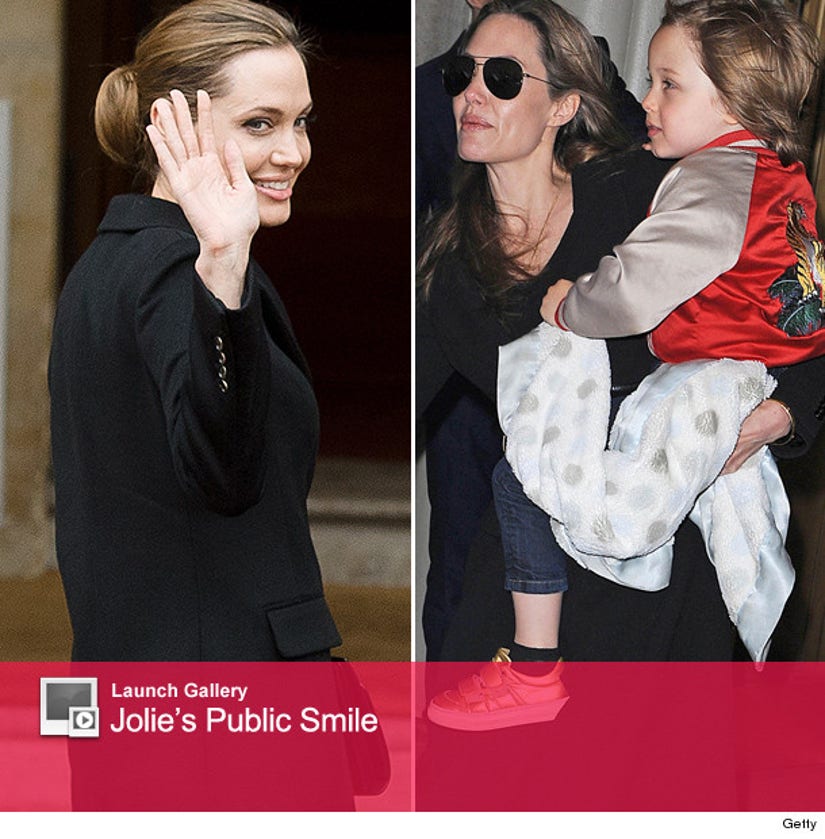 In private, Angelina Jolie underwent three months of procedures for a double mastectomy -- but you'd never know it by seeing her in public.

The actress revealed she had procedures from February 2 to April 27, but was seen on red carpets and out in public with her kids throughout the ordeal.

Just days after she had a "nipple delay," an operation she says causes pain and a lot of bruising, she hit the red carpet for The American Society of Cinematographers 27th Annual Outstanding Achievement Awards -- where she looked amazing in a grey dress and a smile.

And a couple weeks before all the operations were complete, she was seen looking more put together than ever at the G8 Summit on April 11. This appearance would have been after the major surgery.

Again, her smile was hard to miss.

"I choose not to keep my story private because there are many women who do not know that they might be living under the shadow of cancer," Jolie told the New York Times about her decision to come public with the news.

"Life comes with many challenges. The ones that should not scare us are the ones we can take on and take control of."

See more photos of a positive Angelina throughout her battle above.