It's hard to be a curvier woman in Hollywood ... but, according to Vin Diesel, the pressure to be in shape is even worse for men.

The "Fast & Furious 6" star opens up about body image in the latest issue of Men's Fitness (watch video from the photo shoot above), where he also addresses how his muscular frame has affected the movies he's been offered.

"Being a physical presence will rule you out of a lot of roles," Diesel tells the mag. "I couldn't have done [a movie like] 'Ferris Bueller's Day Off' with that physical presence. But I like it as part of me; it's part of what I represent, and I think if Humphrey Bogart were around today he'd be a lot bigger."

"Hollywood is more concerned about its male actors being in shape than its female actors," he continues.

Sure, we like it when our leading men have glistening six-pack abs, but do you really think his statement is true?

We really want to hear you out on this one. Vote in the poll below on who has it harder and sound off in the comments!

See more from Vin when the June issue of Men's Fitness hits newsstands May 20. "Furious 6" opens May 24. 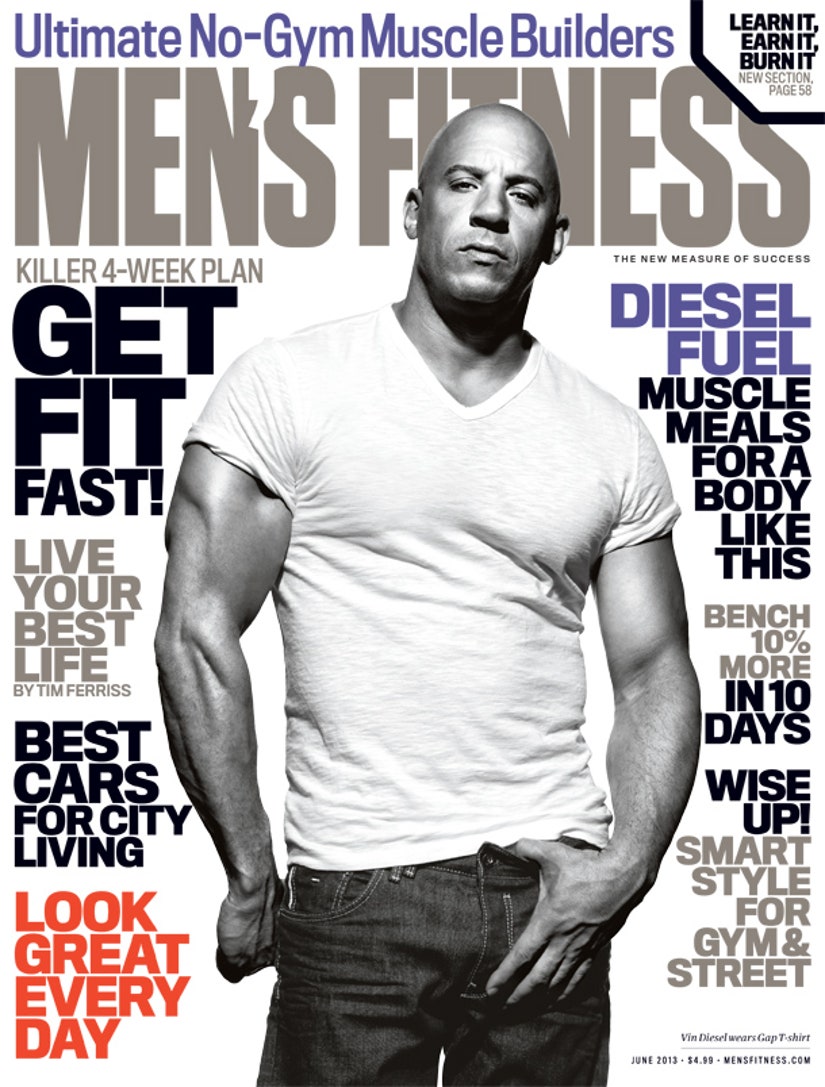