The 2013 Billboard Music Awards went down last night in Las Vegas -- and the show was packed with some killer water cooler moments.

If you missed the show, check out the 5 moments people will be talking about all day today below.

The "American Badass" didn't disappoint when he hit the stage to present the award for Top Rap Song, taking a moment to tell people "Give it up for people lip-synching under pre-recorded music."

The barb came after performances from Selena Gomez, Icona Pop and Chris Brown ... wonder if he was targeting anyone specifically.

Mid-way through his performance, Miguel decided to jump from one platform of the stage to another -- and attempted sailing over part of the pit to do so. But he missed his mark and instead delivered a leg drop to a couple fans in the front row.

It definitely looked like it hurt the spectators, but Miguel kept going with his performance.

Justin Bieber won two awards last night and performed twice, but apparently the audience wasn't feeling it. When he went on stage to accept the Milestone Award, he was booed. He went on with his acceptance speech though, saying "I'm an artist and I should be taken seriously."

Prince made a rare TV appearance for the show, picking up the Billboard Icon Award and performing a medley of "Let's Go Crazy" and "Fix Ur Life Up."

While her performance of "Live this Moment" with Pitbull was a bit of a mess thanks to a too-loud backing track, Christina Aguilera looked great. The singer showed off her recent weight loss in a flattering black dress that really accentuated her slim waist.

Lil Wayne had a good night after Nicki Minaj gave him a very sexy lapdance. See the booty shaking start around 2:45.

If you did watch last night, what was your favorite moment? Sound off below!

And be sure to check out all the hottest red carpet pics below: 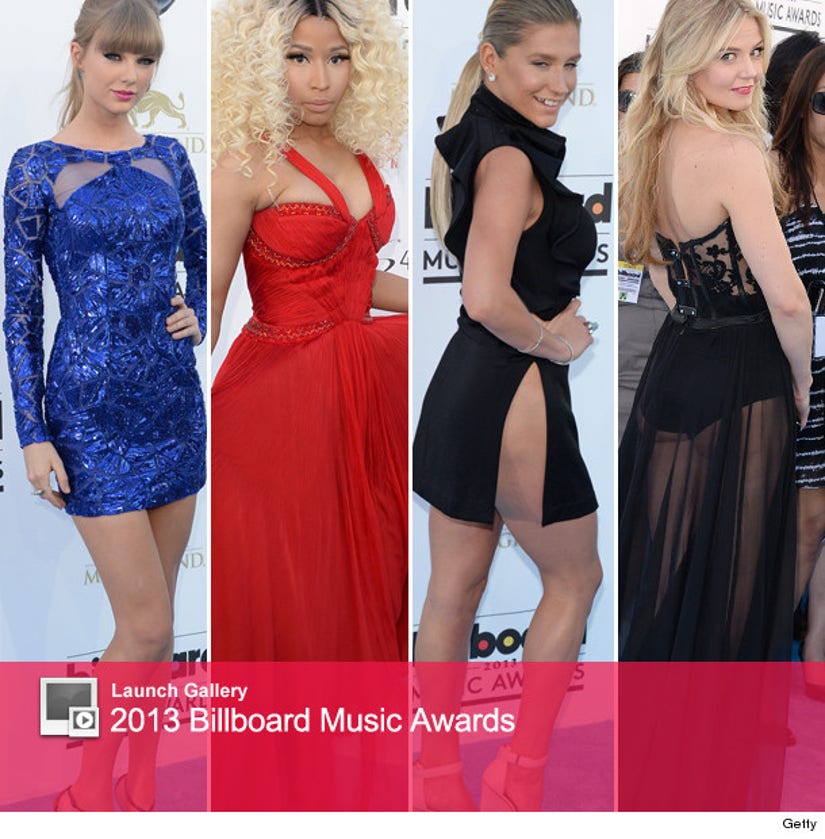