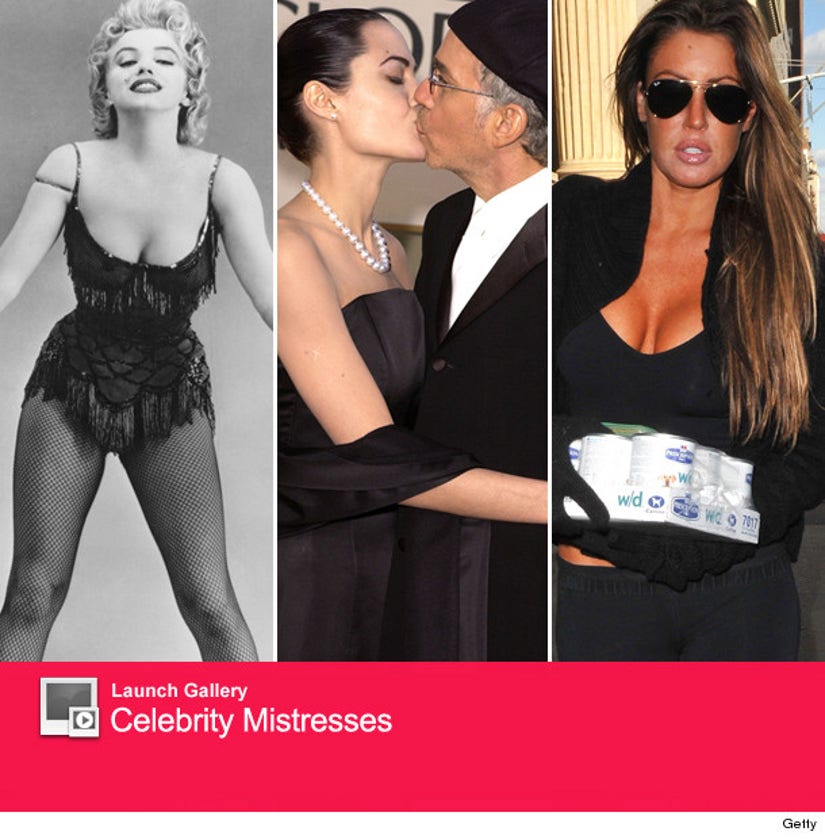 Alyssa Milano stars on ABC's sexy new primetime soap "Mistresses" -- but, in her case, she only plays one on TV.

For many other stars though, that's not the case.

Marilyn Monroe, Angelina Jolie and Claire Danes are just some of the big names who have been linked to men that already had wives, girlfriends or a fiancee in the picture.

And, for some of them, their affairs actually turned into long-term, successful marriages.

Check out the gallery above to learn more about some of the most infamous celebrity mistresses out there.